Worker protections enshrined in EU law — including the 48-hour week — would be ripped up under plans being drawn up by the government as part of a post-Brexit overhaul of UK labour markets.

The package of deregulatory measures is being put together by the UK’s business department (Beis) with the approval of Downing Street, according to people familiar with the matter. It has not yet been agreed by ministers — or put to the cabinet — but select business leaders have been sounded out on the plan.

The proposed shake-up of regulations from the “working time directive” will delight many Tory MPs but is likely to spark outrage among Britain’s trade union leaders.

The move would potentially mark a clear divergence from EU labour market standards but the UK would only face retaliation from Brussels under the terms of its new post-Brexit trade treaty if the EU could demonstrate the changes had a material impact on competition.

The main areas of focus are on ending the 48-hour working week, tweaking the rules around rest breaks at work and not including overtime pay when calculating some holiday pay entitlements, according to people familiar with the plans.

The government also wants to remove the requirement of businesses to log the detailed, daily reporting of working hours, saving an estimated £1bn.

The government insisted that any reforms would be designed to help both companies and their employees — and put to a full consultation — saying it had no intention of “lowering” workers’ rights.

“The UK has one of the best workers’ rights records in the world,” a government spokesperson said. “Leaving the EU allows us to continue to be a standard setter and protect and enhance UK workers’ rights.”

But Ed Miliband, Labour’s business secretary, said the proposals were a “disgrace” at a time when so many people were worried about their jobs.

“In the midst of the worst economic crisis in three centuries, ministers are preparing to tear up their promises to the British people and taking a sledgehammer to workers’ rights,” he said.

“Workers in the UK are the primary beneficiaries of the very positive judgments of the European courts,” said an official at the Trades Union Congress, adding that any attempt to “whittle down and narrow” the interpretation of European law “is a concern because it amounts to a diminution of rights”.

EU officials have said that decisions on whether to trigger tariffs and other “rebalancing measures” against the UK under the recently-signed post-Brexit trade deal would depend on the practical effects of policy decisions.

Brussels has often highlighted labour market standards as a core issue for the “level playing field” that the deal is meant to uphold, but regulation of working time at EU level is patchy, with Brussels seeking repeatedly to shore up how the directive is applied. Britain, along with many EU countries, opted out from enforcing the 48-hour limit on the working week as a member state.

The government points out that the UK often “gold plates” EU minimum standards — such as offering 5.6 weeks of annual leave compared with the EU requirement of 4 weeks.

But in a call with 250 leading business figures earlier this month, prime minister Boris Johnson urged industry to get behind plans for future regulatory liberalisation after Brexit — to the delight of many free marketeers in his cabinet.

Matt Kilcoyne, deputy head of the free market Adam Smith Institute, welcomed the proposals — saying the current “one size fits all” 48-hour rule was a “straitjacket on the economy”.

Yet there will be nerves at the top of government about how a shake-up of employment rights will be received among low-paid working class voters who backed the Tories in northern “Red Wall” seats in the December 2019 general election.

A change in the calculation of holiday pay could be “a significant monetary loss” for a low paid worker often forced into overtime to make ends meet, the TUC official said.

It is also not clear that business, which is already adjusting to Brexit and battling the fallout from the Covid-19 pandemic, is currently clamouring for a fundamental overhaul of workers’ rights. 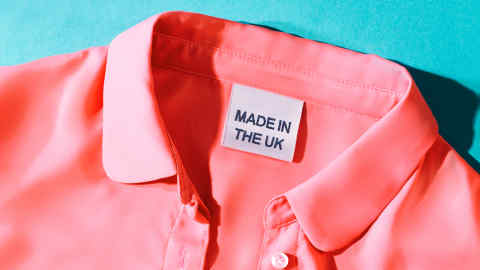 Mark Fox, chief executive of the Business Services Association, said his members wanted reforms that “enhance stability” rather than cause disruption. “We are also mindful of the prime minister’s call to ‘level up’ and that must always mean improving the environment in which people work.”

Adam Marshall, director-general of the British Chambers of Commerce, said the immediate priority for business after Brexit was to focus on developing a stable trading relationship with the EU. Any deregulatory dividend was likely to come in emerging sectors such as fintech or health tech, he added.

However, any move to overturn recent European case law on holiday pay — which stipulates that sales commissions and overtime must be taken into account in its calculation — would be more contentious.

Michael Ford, a barrister and professor at Bristol university, said much of the complexity employers faced in calculating holiday pay was the result of domestic legislation, rather than the judgments of the ECJ, although UK employers also disliked the ECJ’s stance in principle.

Unions have brought a series of cases on the underpayment of holiday entitlements and employers would love to see them overturned, Mr Leckey said.

Coronavirus: Care home inspectors did not visit residents for weeks