The UK’s National Crime Agency has called for deeper reform of the system for flagging potential money laundering, citing a tendency towards low quality or unnecessary reports in last year’s record number of submissions.

Banks, accountants, lawyers and other companies filed 573,085 suspicious activity reports (Sars) in the year to March 2020 to alert the UK authorities to suspected money laundering, terrorist financing and other crimes, an increase of 20 per cent on the previous 12 months.

Sars are a key tool in the global fight against the tide of dirty money: the NCA estimates around £100bn in illicit funds passes through the UK or British entities each year. But the reporting regime has attracted criticism for generating a large number of low-quality or unnecessary warnings.

The global anti-money laundering watchdog, the Financial Action Task Force, said in 2018 the UK system needed “significant overhaul” and a report the same year by the Law Commission, an independent UK statutory body which recommends legal reforms, said many Sars were of “low intelligence value and poor quality”.

The Home Office has launched a “Sars transformation programme”. But Ian Mynot, head of the NCA’s financial intelligence unit, said on Wednesday that further reform was needed. 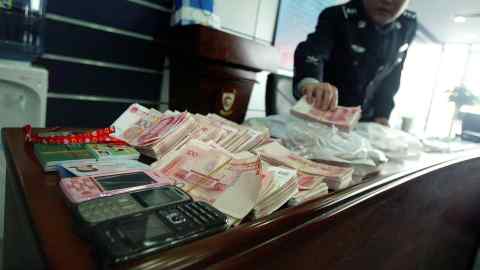 “A tendency to defensive reporting from some parts of some sectors is one of several issues we are considering in Sars reform,” he said. “We will also continue to provide targeted outreach and guidance across the various reporting sectors to promulgate best practice and improve the quality of reporting.”

The Sars regime made headlines earlier this year as a result of the FinCEN leak — a trove of more than 2,000 reports relating to some $2tn in transactions flagged by banks to US authorities between 2000 and 2017. The documents were leaked to BuzzFeed News.

Proportionally, the number of reports filed by challenger banks and other fintech companies increased the most.

These companies filed 83,609 reports — more than double the number they filed the previous year and accounted for 64 per cent of the annual increase. The NCA said that the fast growth in customer bases and greater automation in both signing people up and account monitoring were behind the increase.

The NCA said it had improved its analysis and reporting since 2018, adding that it was working closely with banks and other institutions in order to educate them about when and how to file Sars.

Last year the agency recorded an 81 per cent increase in so-called “defence against money laundering” requests — formerly known as “consent” requests — for transactions deemed to be high-risk.

Institutions can protect themselves from criminal liability if they have obtained a so-called defence from the NCA in relation to those transactions. The agency granted defences in the majority of cases, refusing just 2,055 out of almost 62,000 requests. 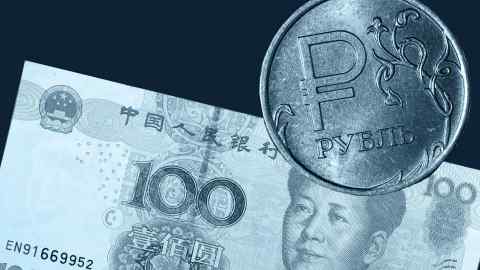 Mr Mynot said: “We are dealing with huge volumes [of Sars and Damls] and large increases year on year. The Daml cases are the ones that are the most resource intensive and often quite complicated to deal with and those have risen to just over 62,000 this year, which is a big increase.”

He noted, however, that the agency had clawed back just under £172m from suspected criminals as a result of the reports, up from £131.6m the previous year, due in part to new powers granted to it in 2017.

Last year the Law Commission concluded that a low bar for suspicion was among factors leading to defensive over-reporting.

Susan Hawley, executive director at campaign group Spotlight on Corruption said the FinCEN files “raised real questions about whether the Sars regime is fit for purpose”.

“[Today’s] figures suggest that an already overloaded system is likely to be creaking at the seams,” she said.

“A radical rethink of the Sars regime . . . is urgently needed. Law enforcement desperately need high quality reports, where well-grounded suspicions are spelt out properly. Otherwise those filing reports are just in many cases offloading risk on to under-resourced and overstretched enforcement agencies.”

Many other sectors still under-report. Independent legal professionals filed just over 3,000 reports while accountants and tax advisers filed some 5,347.

Oxford Brain Health Centre may be game-changer for dementia