The UK competition watchdog has told Big Tech companies it is planning a series of antitrust investigations into their practices over the next year, signalling a tougher approach to reining in the sector in the wake of Brexit.

In an interview with the Financial Times, Andrea Coscelli, chief executive of the Competition and Markets Authority, said the watchdog plans to mount a number of probes into internet giants including Google and Amazon in the coming months.

The moves come as the watchdog looks to assert its newfound independence after Britain left the EU’s regulatory orbit in January. The CMA is due to be granted additional powers to police Big Tech later this year with the creation of a new sector-specific unit.

“Until we have these new legal powers, if we want to achieve impact for consumers in the UK, we need to use our current [tools],” Coscelli said. “There are quite a few cases against the digital platforms in Brussels today and a number of these cases include the UK market.”

The moves come as Big Tech platforms face tougher scrutiny from governments around the world. In October, the US Justice Department filed a lawsuit against Google alleging anti-competitive practices in its search and advertising businesses.

Coscelli added that the CMA was looking not just to replicate probes already in existence elsewhere, but to seek out areas that had not yet been investigated.

“We are actively scanning the players, the complaints we have received, the cases that others are doing, what could be done in parallel with others, where are the gaps in the work the European Commission is doing,” he said.

He added: “We certainly expect to open more cases during the course of this year.”

The CMA has previously signalled its intention to use its powers to investigate dominant digital giants. Last year Coscelli said the watchdog would launch antitrust probes against Facebook and Google if there were delays in establishing its new digital markets unit. 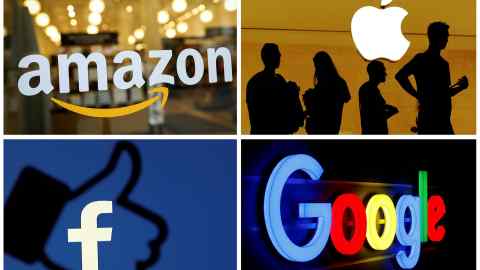 The digital markets unit, which will launch in shadow form in April before being written into legislation, will hand down bespoke codes of conduct for technology companies, enforceable with fines of up to 10 per cent of turnover.

He said the CMA was “sceptical” of the solutions offered by the companies, which had been accepted by Brussels.

“Long-term behaviour remedies were ultimately accepted by the European Commission in this particular case,” he said. “Our concern is that it’s very difficult to monitor sufficiently and enforce this type of remedy.”

Coronavirus: What lessons can rest of UK learn from Scotland’s school return?