Today’s sport news: What you need to know

Today’s sport news: What you need to know 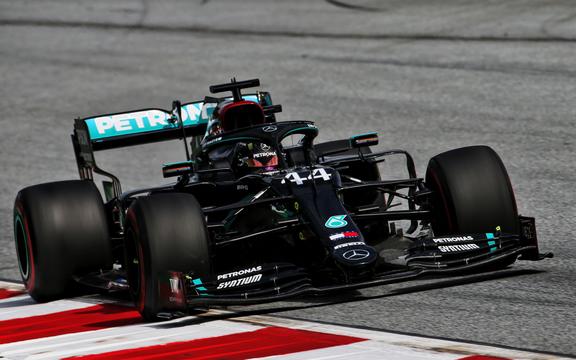 They did it in one-two formation, the six-times world champion taking the chequered flag at Italy’s Imola circuit 5.783 seconds ahead of team mate Valtteri Bottas, who had started on pole position.

Australian Daniel Ricciardo finished third for Renault, his second podium of the season.

Hamilton also banked a bonus point for the fastest lap to extend his lead over Bottas — now the only other driver in title contention — to a hefty 85 points.

The Briton, who had dropped to third on the opening lap after a poor start, could now equal Ferrari great Michael Schumacher’s record seven titles in two weeks’ time at the Turkish Grand Prix.

Mercedes had already started celebrating their team title 12 laps from the end when Red Bull’s Max Verstappen crashed out with what looked like a sudden rear puncture while in second place.

Red Bull had to score 34 points more than Mercedes to keep the championship open beyond Imola. 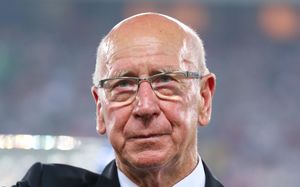 The news follows the deaths of his older brother Jack in July and fellow World Cup-winner Nobby Stiles at the weekend, both of whom had also been diagnosed with dementia.

Sir Bobby, 83, won three league titles, a European Cup and an FA Cup with United during 17 years at Old Trafford.

He finished his career with spells at Preston and Irish side Waterford.

His wife, Lady Norma Charlton, expressed the hope that the knowledge of his diagnosis – first reported by the Telegraph

Richard Carapaz has regained the overall leader’s red jersey from Primoz Roglic in the Vuelta a Espana, opening up a 10-second advantage after the stage 12 up the punishing Alto de l’Angliru. 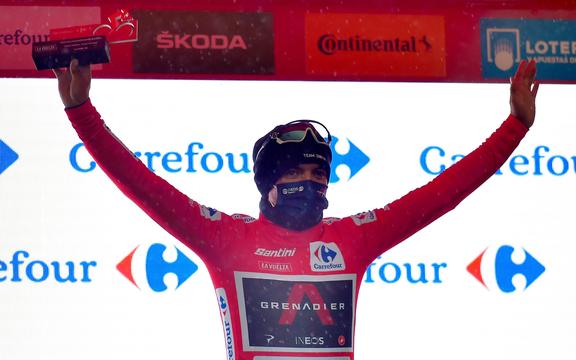 Briton Hugh Carthy won the stage, his first victory on a grand tour.

Ecuadorian Carapaz pulled off a series of attacks on Roglic over the final two kilometres and the Slovenian dug deep at first before running out of energy as the gap widened, but he managed to limit the damage once the brutal climb lessened towards the summit

The 109-km stage featured five categorised climbs and culminated up the Alto de l’Angliru, widely regarded as the toughest ascent in pro cycling.

Roglic’s team-mate, the New Zealander George Bennett finished 12th on the stage and is 11th overall.

meanwhile the Southland cyclist Tom Sexton will wear the tour leaders yellow jersey into today’s first stage of the Tour of Southland.

The 64th edition of New Zealand’s most prestigious stage race gets underway proper today with a 151km stage from Invercargill to Gore.

A couple of first-time triumphs for the top seeds at the National Squash Championships in Auckland.

The victories were in very different contrasts as Emma Miller from the Waikato beat North Shore Club member Abbie Palmer in straight games.

In the men’s final it was Evan Williams ranked at 87 in the world who triumphed over 144th ranked Lwamba Chileshe the second seed with an intense 84 minutes clash which never had a definitive leader until the final few points.

After winning every junior title, Williams clinched his first senior title with a 3-2 victory over Chileshe.

For Williams, 31, who now coaches in the Wellington the victory was sweet after twice being a beaten finalist in the tournament.

Russia’s Andrey Rublev beat Italy’s Lorenzo Sonego 6-4 6-4 to win the Vienna Open for his fifth ATP Tour title of the year, the most by any player on the tour.

Rublev, 23, had previously won tournaments in Doha, Adelaide, Hamburg and St Petersburg and improved to a Tour-leading 39 wins in 2020 — tied with world number one Novak Djokovic.

The in-form Russian won the title without dropping a set at the tournament and needed only two breaks of serve to wrap up the final in 79 minutes.

Victory also sealed his place at the season-ending ATP Finals in London later this month.

The final spot is still up for grabs and is a toss up between Italy’s Matteo Berrettini and Argentina’s Diego Schwartzman. Both players will be competing at the Paris Masters that begins today.