BRITAIN’S knife crime epidemic has been fuelled by lockdown – with experts today warning the crisis is on the cusp of “erupting” further.

Today — just days after a new wave of stabbing deaths blighted the streets — our probe reveals the surge is feared to be linked to a 107 per cent rise in the number of kids joining gangs or county lines during the pandemic.

A deadly combination of schools being shut and a lack of places such as youth centres for vulnerable kids to go to has led to many falling prey to criminal gangs looking to exploit them.

Patrick Green, of the anti-knife crime charity The Ben Kinsella Trust, warns: “To see such a rise in knife crime when the country has spent most of the past year in their homes is truly alarming.

“We may still be at war with Covid-19 but we are now facing a new epidemic in our war against knife crime, which is only set to get worse as the country unlocks.

“This isn’t just a problem for London. Every village, town and city in the UK needs to be aware of the scale of this crisis.”

Alarmingly, we also uncovered evidence showing how violence spiked dramatically in the weeks after tight restrictions were eased last year.

When the country unlocked in July, blade attacks soared 25 per cent, while the nation’s overstretched hospitals treated a staggering 543 seriously injured knife victims in August alone, the highest monthly tally on record.

Javed Khan, chief executive of Barnardo’s, added: “I fear there could be an eruption of violence when we come out of this lockdown.”

On Monday the Prime Minister said the Government would “redouble” its war on knives and violent crime. He also admitted he was worried serious offences were going to rebound after lockdown.

The problem has been getting steadily worse during the pandemic. Official figures show the number of knife crime offences increased by 25 per cent to 12,120 between July and September 2020 compared to 2019.

During the same three-month period there was also a 13 per cent rise in “threats to kill” offences involving a knife, up to 1,124.

The impact on already overstretched hospitals has been catastrophic. After the first lockdown was eased, the number of cases of people aged 16-24 rushed to hospital with life-threatening knife injuries soared by 177 per cent.

According to NHS Digital, hospitals saw 543 admissions in England and Wales in August. It is the highest ever recorded and many hospitals — busy fighting Covid — did not have time to collate figures, so the level could be much higher.

Also at a record high are the number of children suspected to have been exploited by county lines gangs.

There were 377 children referred to the National Referral Mechanism (NRM), the UK’s framework for identifying modern slavery victims, between April and June last year, compared to 182 during the previous quarter. That is 107 per cent rise. 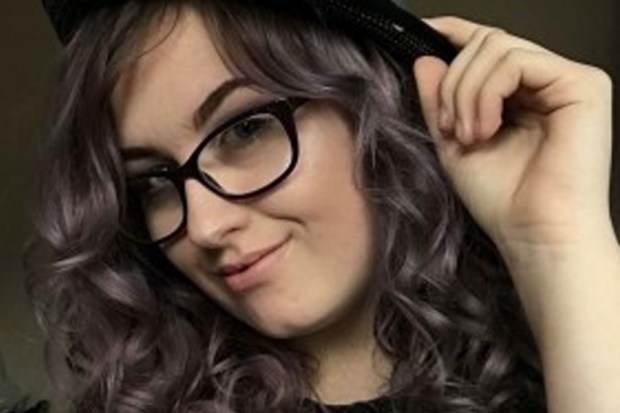 PETER CHESNEY’s daughter Jodie, 17, was listening to music in Amy’s Park in Romford, East London, on March 1, 2019, when drug dealer Svenson Ong-a-Kwie, 19, and his 17-year-old accomplice Arron Isaacs mistook her for a rival and stabbed her in the back.

The grieving father has since set up the Jodie Chesney Foundation to combat knife crime and was devastated to read about the killing of 22-year-old Sven Badzak this week.

Peter, 40, said: “What is happening is so sad and my heart breaks for all the parents losing their children to gang violence. I was very moved by Jasna Badzak’s description of her son as an innocent young man minding his own business.

“My daughter Jodie was killed while hanging out with her friends in the park. Tragically, it is not just gang members that are getting caught up in this terrible violence.

“I suspected at the start of lockdown that there would be a surge in knife crime when the pandemic came to an end and it seems this is happening already.

“The outside world is a dangerous place to be a young person today. That is why the Jodie Chesney Foundation has been raising money to put three youth workers on the streets of Barking and Dagenham in East London, where I live. These workers will be there to talk to the kids, make sure they are OK and look out for the warning signs that trouble is about to erupt.

“We are also trying to make parents aware of what we call the ‘lost hours’ between 3pm and 6pm when kids are often left to their own devices because Mum and Dad are at work.

“It’s so important that we face up to this so we can give our children a future.”

Overall, referrals for potential child victims of trafficking rose by three per cent between April and June last year, from 1,231 to 1,274.

The surge comes at the same time as youth charities tasked with combating gang culture say they are “running on empty”.

And experts told us the Government’s £500million youth investment fund, due to start from April 2020 to help transform and increase capacity of the youth sector, is frozen and has yet to be spent, leaving an estimated 27,000 children nationwide vulnerable to the perils of knife crime. This is an all-time high.

One in four youth charities were unable to meet their running costs in the run-up to Christmas. And two out of three will not be able to meet costs by March.

Youth services have already been cut by more than 70 per cent in less than a decade. That is the equivalent of a £1billion-plus annual expenditure cut from budgets.

Leigh Middleton, CEO of the National Youth Agency, said: “At the start of the pandemic many youth services closed or moved online and too many youth workers were redeployed.

“Yet gang activity is still rife, more young people are in unsafe environments out of school and use of social media is stoking gang rivalries and criminal exploitation.

“Now, when young people need help the most, there is a real fear of an impending round of cuts to youth services and loss of charities. The government has delayed nearly all of its new £500million youth investment fund until 2022.

“We face two lost years of funding through Covid-19, with a loss of vital support and safe community spaces. We need more, not less, youth work to help transform young lives and that provides a real alternative from gangs.”

Patrick added: “The past week has been terrible and The Ben Kinsella Trust is hugely concerned about the impact the pandemic is having on knife crime.

“One of the biggest problems has been the drop in referrals to children’s services. This has left 27,000 children at high risk of exploitation from gangs.

“There is no doubt the systems in place to protect children and young people are not working during the pandemic. Many of the safeguarding measures that have protected vulnerable young people have simply disappeared due to the pandemic.

“Vulnerable young people who would have been seen daily by teachers, youth workers and other professionals have not been seen in anything like the same way since the pandemic. As restrictions are set to ease again, I fear we will see an even bigger increase in knife crime.”

Former world champion boxer Steve Robinson, who is fundraising to open a new gym in Cardiff to try to help kids most likely to join gangs walk a different path, said: “Everywhere you look, places that youngsters used to go, like youth centres and clubs, are being closed down.

“We see loads more kids hanging around on the streets and joining gangs. If we don’t do something we are going to see more knives, more crime and more misery on our streets.

“Many children and young people were already experiencing a ‘poverty of hope’ before 2020, struggling to see a positive future. The pandemic, economic fallout and rising unemployment have made this worse.

“Having spent months out of school, many are now more vulnerable to exploitation and control by criminal gangs. We need a long-term plan to help restore young people’s hope after Covid, including sustained investment in mental health support and youth services.

“Most importantly, councils, the police, the NHS, schools, charities and others need to work together to support young people at risk.

“We must take these actions now to avoid losing many more young people before their time.”

Boy, 19, stabbed to death outside London Tube station after ‘fight between three men’ broke out in Parsons Green