In-form Scotland will look to build on last week’s historic win over England when they host Wales on Saturday.

Wayne Pivac’s Wales bounced back from a disappointing 2020 to edge past 14-man Ireland in Cardiff last Sunday.

Both sides seem to be on an upward curve and that makes this Murrayfield meeting a mouth-watering match-up.

Jamie Ritchie, man-of-the-match in Scotland’s win in last October’s meeting in Wales, is one of three injury absentees.

Winger Sean Maitland and centre Cameron Redpath have also been ruled out having started the 11-6 win against England.

Wales have five players ruled out through injury, including George North.

North’s unavailability, plus that of fellow centre Johnny Williams, means they will field a new-look midfield pairing of Nick Tompkins and Owen Watkin.

Liam Williams returns after a suspension to replace the injured Hallam Amos on the wing, while Gareth Davies comes in for Tomos Williams at scrum-half.

Andrew Cotter: Two unbeaten sides, but in seemingly different states of health. Scotland, growing in confidence after the impressive display at Twickenham, Wales, uncertain in the win against 14 men of Ireland.

One common problem for both sides is injuries to key players and for Scotland there is a real shame that new centre Cam Redpath is among the missing – James Lang takes his place in midfield. Similarly flanker Blade Thomson will find Jamie Ritchie a hard act to follow.

Meanwhile, Darcy Graham is a hugely exciting attacking talent but perhaps doesn’t have the same experience or defensive nous as Sean Maitland. And opposite him will be Liam Williams, whose return is one of the few items of good news from a Wales squad deprived of so many, including Dan Lydiate and George North.

Of course, the encouragement for the visitors is that no away trip is as daunting in crowd-less days. And the pressure is now on Scotland, starting as unfamiliar favourites and knowing that one win, no matter how historic it might have been, will count for little if it is not backed up.

View from both camps

Scotland head coach Gregor Townsend: “It was a very encouraging performance at Twickenham and the squad performed to a level which has to be the benchmark throughout the tournament.

“Wales are also coming into this game after a win and will have the same objective, so it will be a tough challenge as always.”

Wales head coach Wayne Pivac: “It is a quick six-day turnaround this week but we are looking forward to getting back out there. We have picked up a couple of injuries but we see it as more of an opportunity for those coming into the side.” 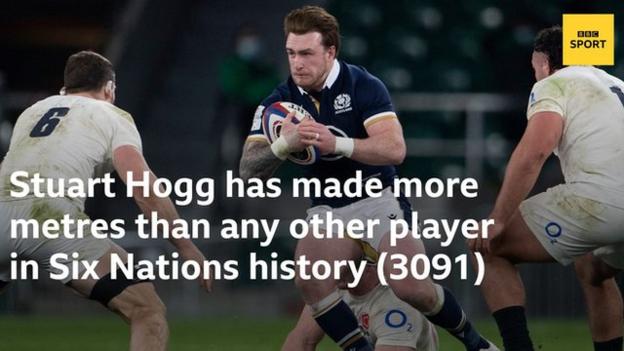 Brexit: How will it affect my holiday to Spain? And other questions