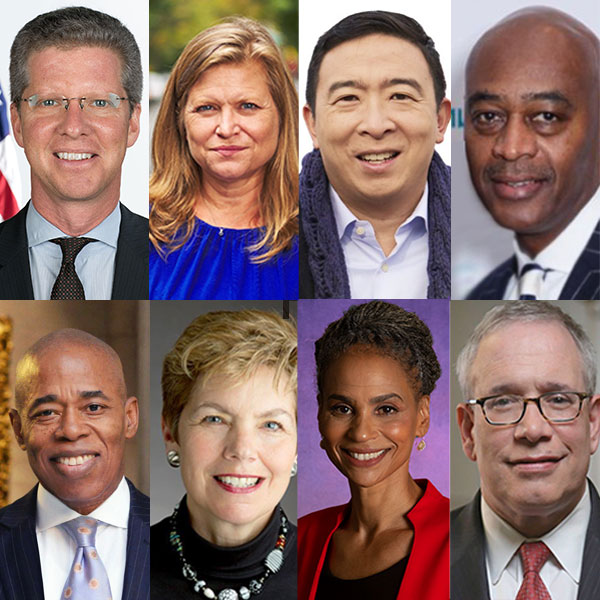 Eight leading Democratic candidates for New York City mayor participated in what was billed as the first debate of the primary, hosted Sunday evening by the Kings County Democratic Committee and moderated by NY1 anchor Errol Louis.

The hour-long debate moved quickly and covered a lot of ground, while also featuring rare bouts of direct interaction between candidates, some of it quite pointed, as a result of the “cross examination” round where each candidate was allowed to ask another candidate a question.