All schools in England will return on March 8 along with relaxed one-to-one outdoor socialising, Boris Johnson will announce on Monday as part of his long-awaited “cautious” road map for ending the coronavirus lockdown.

The UK prime minister will set out four tests to measure England’s progress against Covid-19 — vaccine deployment; evidence that jabs are reducing hospital admissions and deaths; the pressure on the NHS; and assessment of the risks of new virus variants.

One-third of British adults have now received a vaccine, with 17.6m getting a first dose, according to data published on Sunday. The government announced that all adults would be offered vaccines by the end of July, with the over-50s being offered a first inoculation by mid-April.

Johnson concluded this weekend that his four tests were being met and the lockdown easing plan, which is split into four steps, will start in two weeks. But the prime minister will caution that all easing is predicated on data — especially virus transmission — and may be delayed.

Senior Number 10 officials said that on March 8 all pupils will return to class, children’s outdoors sports and activity can resume, and two adults will be able to enjoy a coffee, picnic or drinks in public spaces. The new rules will also allow one designated visitor for people living in care homes. 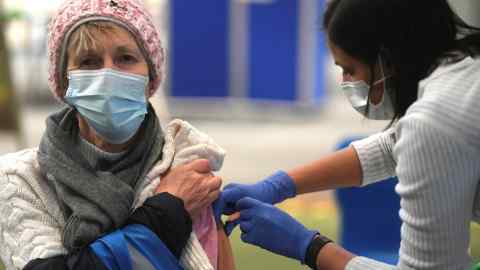 “Our priority has always been getting children back into school which we know is crucial for their education as well as their mental and physical wellbeing, and we will also be prioritising ways for people to reunite with loved ones safely,” the prime minister said.

“Our decisions will be made on the latest data at every step, and we will be cautious about this approach so that we do not undo the progress we have achieved so far and the sacrifices each and every one of you has made to keep yourself and others safe.”

The reopening of schools faces opposition from the major teaching unions, which have called for a staggered approach. But Keir Starmer, the Labour opposition leader, on Sunday said he backed all pupils returning on March 8.

Schools in Scotland start to return on Monday, with young primary pupils the first to go back, while further lockdown easing measures will be announced this week. In Wales, schools will return from March 15 while some schools in Northern Ireland will return on March 8.

From March 29, the first Monday of many schools’ Easter holiday, government insiders said that in England outdoor gatherings for six people or two households will be able to take place — including private gardens as well as public spaces. Outdoor sport for adults, such as tennis and golf, will resume as well as organised sports.

The cabinet will meet on Monday morning to sign off on the road map. Johnson will then address parliament and host a Downing Street press conference in the evening.

Unlike previous easings of restrictions, the present lockdown will be relaxed on an England-wide basis. Government insiders said the initial steps would focus on outdoor activities because the risk of spreading the virus was significantly lower.

Those with knowledge of the plans said each step would be followed by an interval of two to three weeks to allow scientists and ministers to measure any impact on the spread of coronavirus. 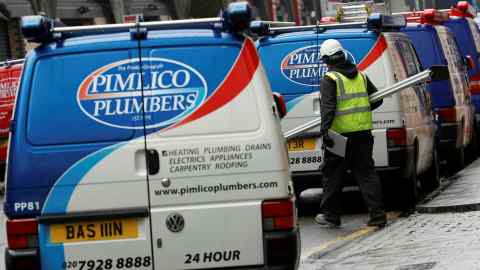 Matt Hancock, health secretary, on Sunday said there were signs that the number of people in hospital was falling much more quickly than it had in the first wave because of the vaccination programme.

He added that the government would be “vigilant as to the effect of all measures on the number of infections and also the link between infections and hospitalisations and deaths”.

After the Easter holiday, the next stages of the easing will focus on reopening non-essential shops and universities. The full reopening of pubs and restaurants for indoor serving may not happen until May, one Whitehall official suggested.

Some of the more cumbersome rules, such as only permitting the serving of alcohol with substantial meals and the 10pm curfew, will be abolished.

The government is hopeful that domestic tourism will be able to restart later in the spring. But one person with knowledge of the plan cautioned that “everything depends on the vaccine and how effective it is”.

Is fresh air the answer to children’s mental health woes?