The Prince of Wales has expressed concern about the ‘variable uptake’ of the Covid-19 vaccine in some ethnic minority communities.

Prince Charles, 72, who along with the Duchess of Cornwall, 73, has had his first coronavirus jab, described the 100,000 death toll in the UK, passed last month, as a ‘most sobering milestone’.

The comments from the heir to the throne are in a keynote address he is making this week at the British Asian Trust’s Webinar: Covid-19 Vaccine – Facts for the BAME Community.

Charles, royal founding patron of the British Asian Trust (BAT), will say: ‘In view of my concern about the health and welfare of our ethnic minority communities, I am so glad to be able to introduce this crucially important discussion on vaccination. 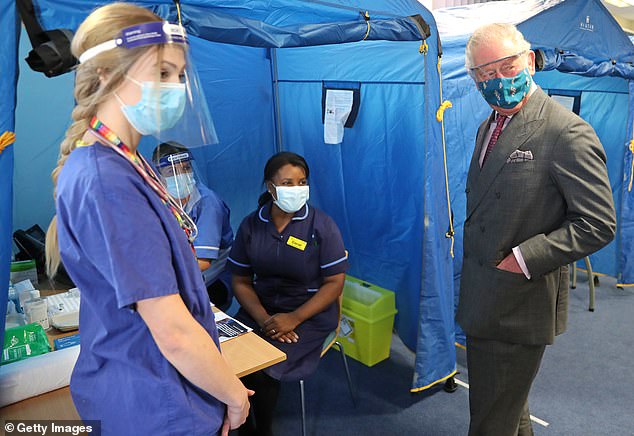 ‘Everyone present today represents the collective effort we have made as a society to combat this relentless pandemic.

‘Over the past year, we have all been inspired by innumerable accounts of dedication to duty not only from those working tirelessly in our marvellous National Health Service, or in social care, but also in all forms of public service, as well as – of course – in business, industry, commerce and the voluntary sector.

‘We have needed every last reserve of their selfless service and commitment to help defeat this pernicious threat.’

In the address, to be delivered via video message on Thursday, he will add: ‘Recently, I fear we have reached a most sobering milestone in this seemingly interminable campaign as we marked the tragic loss of a hundred thousand souls.

‘What saddens me even further is to hear that those challenges are being made even worse by the variable uptake of the vaccines which finally offer us a way out of the suffering of the past year.’ 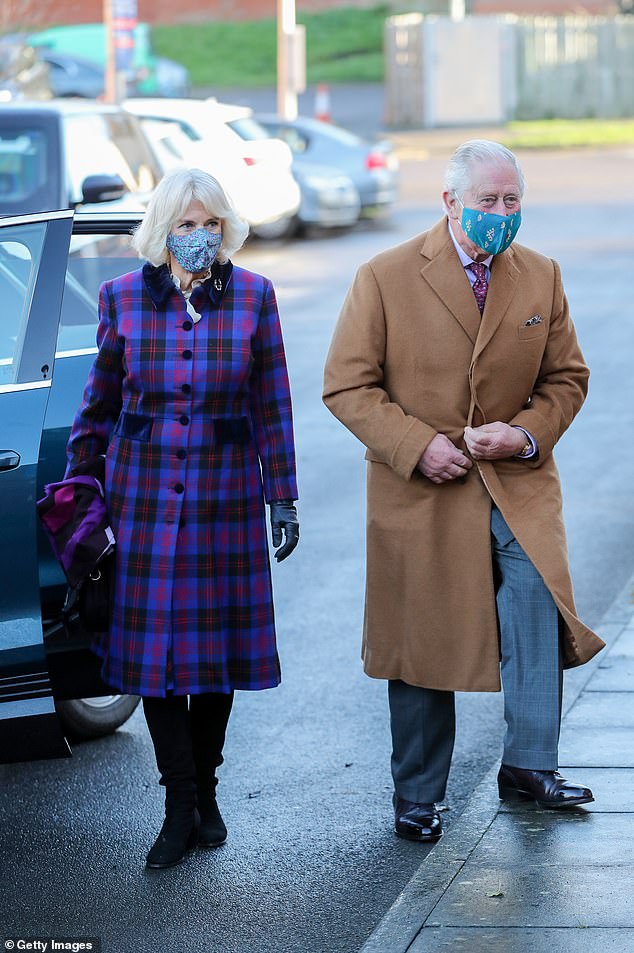 Prince Charles, 72, who along with the Duchess of Cornwall, 73, (pictured together in December) has had his first coronavirus jab, described the 100,000 death toll in the UK, passed last month, as a ‘most sobering milestone’

Clarence House confirmed during the week that Charles and Camilla have had their first Covid-19 vaccinations.

As over 70-year-olds, the couple are in the fourth priority group for the rollout of the jabs.

The confirmation comes after the Queen and Duke of Edinburgh were given the injection last month, announced in an unusual move by Buckingham Palace, which rarely comments on the private health matters of the 94-year-old head of state and her consort, 99.

Charles had previously said he would ‘absolutely’ get the Covid-19 vaccine when it was offered to him.

He and his eldest son, Prince William, both contracted coronavirus during the first wave of the pandemic.

Charles was described as having mild symptoms and lost his sense of taste and smell for a period, while it was reported William was hit ‘pretty hard’ by the virus. 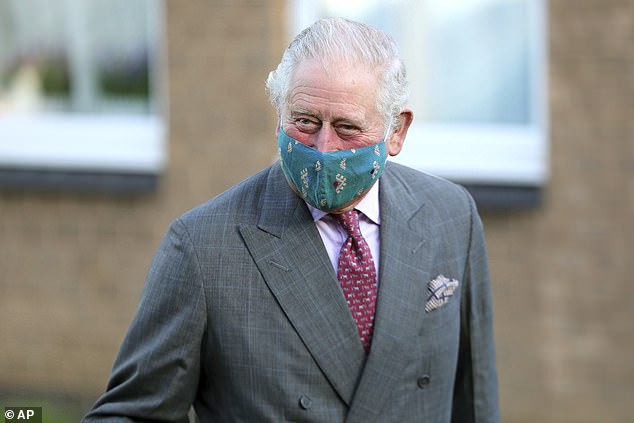 The comments from the heir to the throne, who is royal founding patron of the British Asian Trust (BAT), are in a keynote address he is making this week at the BAT’s Webinar: Covid-19 Vaccine – Facts for the BAME Community

There has been concern in Government at the rate of vaccine uptake among some communities – including some ethnic minorities.

Professor Stephen Powis, the national medical director of NHS England, said that he urges everyone who gets a letter to get the vaccine without hesitation.

He said officials have been working with faith groups and local community leaders to encourage everybody to come forward.

The Government has been urged to prioritise vaccinating ethnic minority groups after research showed that people of South Asian background have continued to experience disproportionately high Covid-19 death rates.

Research published recently showed that Bangladeshi and Pakistani people have experienced an ‘alarming’ higher risk of dying with coronavirus throughout both waves of the pandemic, compared to British white people.

The authors said people from South Asian groups are more likely to live in deprived areas and in large, multigenerational households. A higher proportion of Pakistani and Bangladeshi men work as taxi drivers, shopkeepers and proprietors than any other ethnic background – occupations with a higher risk of exposure to coronavirus.

‘I want to scream at people who say schools are shut’: A headteacher’s diary of the pandemic – and the ‘soul-destroying’ attacks on her profession