The 236th Merseyside derby since 1894 takes place on Saturday, but will it be Liverpool or Everton who win at Anfield to give their top-four hopes a much-needed boost?

“On both of the occasions they have played each other recently with no crowd, the games have been extremely tight,” said BBC football expert and former Reds defender Mark Lawrenson. “I am expecting more of the same this time.

“Everton have not won at Anfield since 1999 so usually I’d fancy Liverpool there, but I am not totally convinced they have turned the corner with their win over RB Leipzig in midweek. We have seen a couple of false dawns from Jurgen Klopp’s side in the past few weeks.” 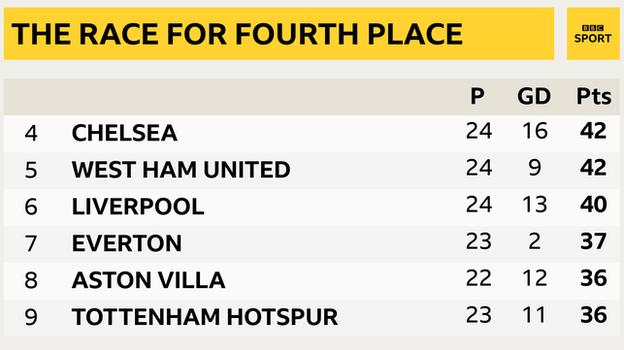 Lawro is making predictions for all 380 Premier League matches this season, against a variety of guests.

For this weekend’s Premier League fixtures, he is up against Architects frontman Sam Carter.

BMI calculation: What is a healthy BMI? How do you work out your BMI?