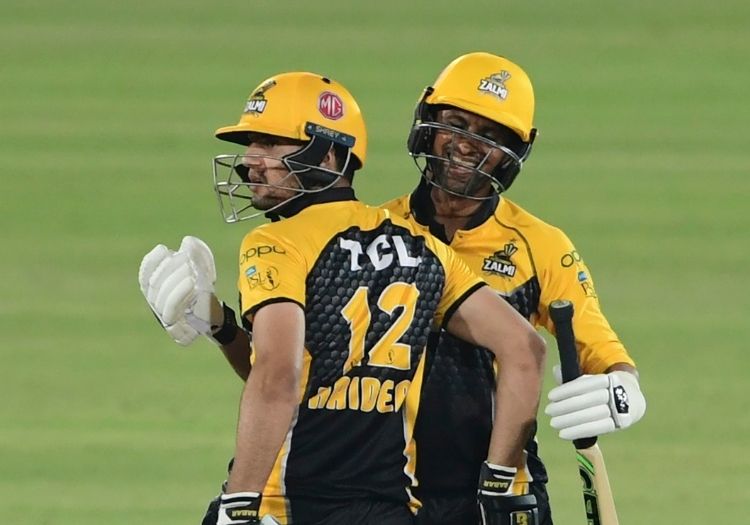 Peshawar Zalmi play their third game of this year’s Pakistan Super League against Quetta Gladiators, who are winless after two matches.

When is it taking place?

Where is the match being played?

This game will take place in the national stadium in Karachi, where all PSL 6 matches are being staged until March 7. At that point, the tournament moves to Lahore.

This is due to Covid-19 protocols being implemented by tournament organisers.

Who’s got the form?

Quetta have begun their tournament in particularly abject fashion; they were heavily beaten in their opener against Karachi Kings, before following up with a nine-wicket defeat against Lahore Qalandars. In that encounter, they did at least improve with the bat.

Peshawar Zalmi, meanwhile, enter this clash on a high, bursting with momentum after a remarkable run-chase against Multan Sultans on Tuesday.

Having lost their first game against Qalandars, they appeared to be in dire straits after Multan racked up 193 in their innings. However, rapid contributions from Imam-ul-Haq, Kamran Akmal, Tom Kohler-Cadmore, Sherfane Rutherford, Shoaib Malik and Haider Ali hauled them to victory with an entire over remaining.

At 39 years of age, Shoaib Malik is still a fine T20 cricketer. Ranked fifth in the T20 Player Index, he was at the crease to help Zalmi complete their memorable victory over Multan. In a powerful batting line-up, his experience is invaluable, allowing the likes of Haider Ali and Sherfane Rutherford to launch.

For Quetta, they need runs from Tom Banton, a high-price recruit but entering this game on the back of two low scores. Former Pakistan captain Sarfraz Ahmed, who added 40 against Qalandars, is key – whether he opens the innings or bats in the middle order.

Chris Gayle has left the tournament temporarily following his call-up by West Indies for their series against Sri Lanka, increasing the pressure on Banton and the rest of Quetta’s batsmen. The 41-year-old top-scored in both of Gladiators’ first two games.

Are fans allowed in?

Yes, PSL 6 matches are operating at 20 per cent capacity in 2021, with stringent Covid-19 precautionary measures in place. Fans will have to wear a mask in the stands, and groups may only consist of members of one household, for example.

Who are the umpires? 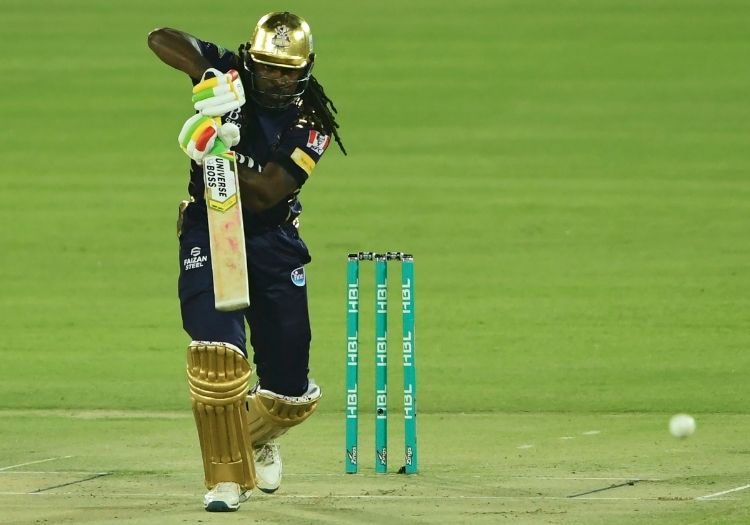 Chris Gayle top-scored for Gladiators in their two defeats

Peshawar have the impetus after their win over Multan, while Quetta have lost twice and are without their key batsman.

What are the odds?

The bookies also have Zalmi as favourites, valuing their chances at 4/5. Quetta are available at 6/5.

Where can I watch the game?

Sky Sports will broadcast the tournament in the UK.

In Pakistan, the competition will be available on PTV Sports.

Sony Pictures Network have the rights in India.

Sky Sport will televise the tournament in New Zealand while SuperSport hold the rights in South Africa and the sub-Saharan region.

Willow TV have all the action for viewers in the United States and Canada. In the Caribbean, PSL 6 will be available on Flow Sports.

Streaming service Tapmad TV have the rights in Australia, MENA (Middle East and North Africa) and the rest of the world with coverage available online and via the app.

What are the squads?

Please ensure all fields are completed before submitting your comment!

Boxer Amir Khan crashes his £90,000 Mercedes S350 after losing control in wet weather on the M6

UK Christmas travel window: What are the rules for the four nations?