NFU Scotland: ‘Less than half the pork in Tesco and Asda British or Scottish’

NFU Scotland: ‘Less than half the pork in Tesco and Asda British or Scottish’

Farmers are calling for improvement in supermarket pork provenance, after finding that less than half the pork in two major supermarkets were Scottish or British.

NFU Scotland contacted all major supermarkets regarding their support for Scottish and British pig farmers – after finding that some retailers have a very high proportion of non-British pork on their shelves.

Scottish pork production has faced disruption due to Covid-19 and exports have been made more challenging due to Brexit.

NFU Scotland President Andrew McCornick said: “Some retailers are to be applauded for their strong commitment to sourcing British and Scottish pork, but others must step up to the plate in these challenging times.

Their research found that in the case of the Co-op, all fresh pork, as well as bacon and sausages were sourced from the UK, while Morrisons, Sainsbury’s, M&S, Lidl and Aldi were also considered as “very strong supporters of domestic production”.

However, the union has said the display of pork in Tesco and Asda stores was “poor”.

“Less than half of the fresh pork on sale was British or Scottish and that is a shocking statistic”, Mr McCornick said.

“Both these stores have a strong public commitment to source other meats from the UK. They must show the same commitment to pork.”

NFU Scotland says it has contacted all major retailers on the matter demanding greater support for Scottish and British pig farmers.

Mr McCornick added: “NFU Scotland will continue to monitor the volumes of Scottish and British pork on shop shelves. 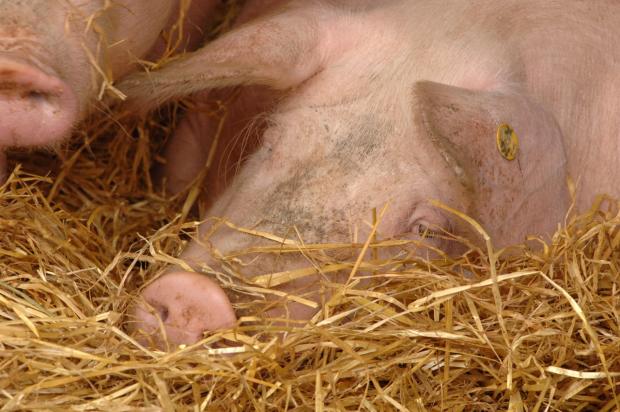 “We will be in touch with UK processors in the next two weeks to see if orders from supermarkets have improved and we will be looking for a significant improvement in availability of home supplies, particularly in Tesco and Asda stores, in the next four weeks when we conduct our next shelfwatch.”

The unions claims there is a significant disparity between supermarkets on their commitment to home-produced pork, with some 100 per cent committed to Scottish or British pork or have a strong presence of home-produced products while others, fall “well short of what farmers and consumers would expect.”

The Union will be conducting a further supermarket shelfwatch for pork next month.

A Tesco spokesperson said: “We’re proud supporters of British agriculture and are working closely with our farmers to respond to significantly higher demand for pork, bacon and cooked meats.

“Our sales of British pork have increased over this last year, as we all eat more meals at home.”

An Asda spokesperson said: “We always look to offer our customers the best possible value and choice and are proud to stock a great range of British produce in our stores.”

Champions League: ‘He can be world class’ – Marcus Rashford shines again in Paris