Piers Morgan and Alan Sugar are among the high-profile broadcasters being courted by the Murdoch media empire for its new small screen venture, according to people familiar with the plans.

Led by David Rhodes, the former CBS and Fox News executive, Mr Murdoch’s British newspaper operation News UK has been developing several current affairs and entertainment programmes to launch early next year, which would be distributed online and potentially via a traditional television channel.

Mr Rhodes has begun hiring production staff and has approached some of Britain’s best known television personalities to become faces of its new venture, which would be based around three to five prime time shows.

The project is one of two prominent efforts to prise open the UK television news market, long dominated by the BBC, other public service broadcasters and Sky News, which Mr Murdoch launched in 1989 and sold to the US cable group Comcast in 2018.

GB News, a right-leaning news service that has secured initial funding from Discovery, last month announced it had recruited the broadcaster Andrew Neil from the BBC to lead its schedule.

The separate News UK venture has the enthusiastic backing of Rupert and Lachlan Murdoch, but some key details remain in flux, including overall branding. The programming will not be co-branded with any of News UK’s stable of newspaper titles, which include The Sun and The Times, according to people briefed on the discussions.

Its planned content mix, which includes magazine-type celebrity shows, suggests the Murdochs are also aiming for a different market from GB News and other rolling news channels.

But, in common with them, the project faces the commercial challenge of building a sustainable business model in a relatively profit-thin sector. Sky News loses tens of millions of pounds a year.

Preliminary plans include a live politics discussion format; a celebrity and entertainment news hour; and a dedicated business show that would involve a well-known entrepreneur turning around struggling companies.

Lord Sugar, the Amstrad-founder best known for presenting the UK version of The Apprentice, has been in discussions about the business show, according to people briefed on the plans. The peer, who is filming in Australia, hung up on the Financial Times when contacted about the venture and did not respond to messages.

Others approached include Mr Morgan, a former newspaper editor turned broadcaster who is contracted to present Good Morning Britain for ITV until the end of next year. He declined to comment on any move.

One central question is whether News UK should launch as a pure streaming service — which the Murdochs see as the growth engine for video — or also find a home on traditional television platforms to help it launch and attract talent, audiences and advertisers. 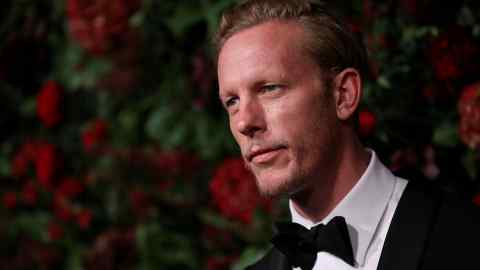 Options explored by News UK include either buying a small free-to-air channel, which could be used to host prime time programming, or reaching a content agreement with an existing broadcaster. Unlike GB News, the News UK venture has yet to seek an Ofcom broadcasting licence.

The content mix, spanning light entertainment and political commentary, suggests the channel is far from being a UK version of Fox News, the Murdoch-controlled cable news network known for its primetime hosts’ support of Donald Trump.

Lachlan Murdoch has told colleagues his motivation is in part to ensure an afterlife for News UK’s Fleet Street journalism by expanding their output into audio and video. News UK launched Times Radio earlier this year, moving into a broadcast market long dominated by the BBC.

Coronavirus lockdown in Wales: What needs to happen for restrictions to be eased