Kate Middleton will look to Her Majesty for style inspiration with a ‘block colour uniform’ when she becomes Queen Catherine – but will continue wearing high-street brands to ‘appear relatable’, author claims

By Harriet Johnston For Mailonline

Kate Middleton will look to Her Majesty for style inspiration with a ‘block colour’ uniform when she becomes Queen Catherine, a royal author has claimed.

The Duchess of Cambridge, 39, who is currently living at her Norfolk home of Anmer Hall with Prince William, 38, Prince George, seven, Princess Charlotte, five, and Prince Louis, two, has impressed the public in recent months by recycling older garments and high street items for royal appearances.

Fashion journalist Bethan Holt, who recently penned the book The Duchess of Cambridge: A Decade of Modern Royal Style, has said the choices are a way to ‘consistently remind’ the public she is ‘one of us’.

She told Vanity Fair that when the Duke ascends to the throne, Kate will look to the Queen, 94, for inspiration and adopt a ‘uniform’, explaining: ‘What you can see coming through is this very defined silhouette, kind of taking a lesson from the Queen, who has that colorful coat that she wears.’ 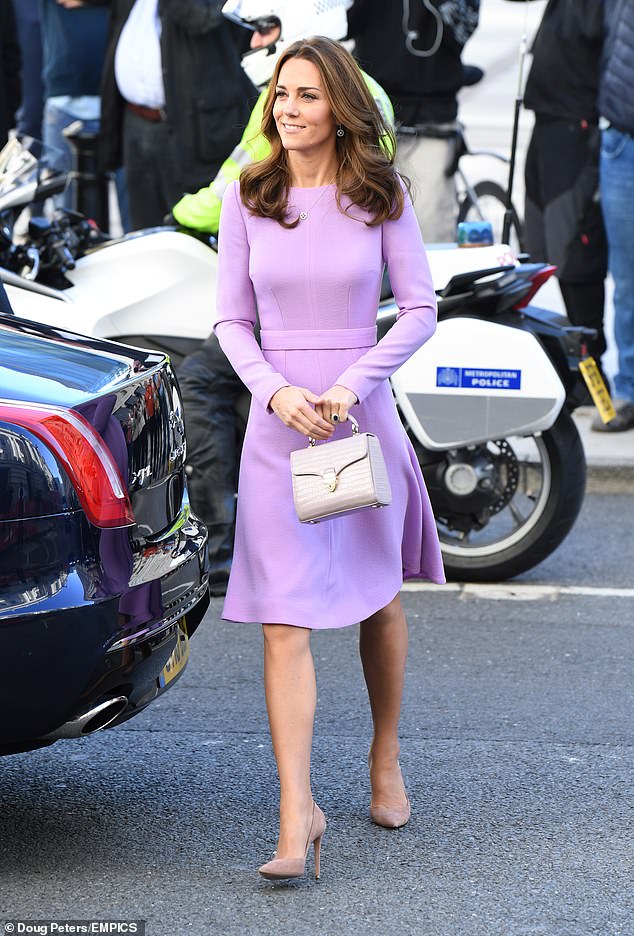 Kate Middleton, 39 will look to the Queen for style inspiration with a uniform of block colour dresses when she becomes Queen Catherine, a royal author has claimed 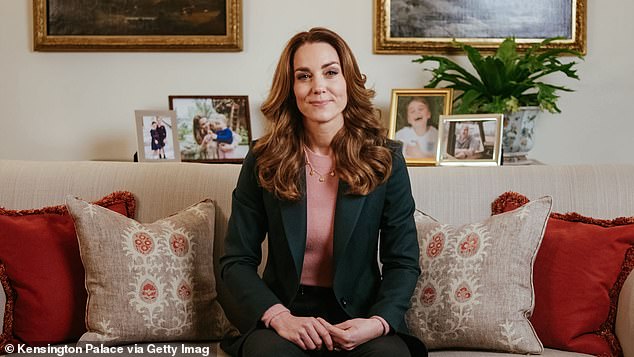 Bethan pointed to Kate’s collection of Emilia Wickstead block-coloured dresses as an indication to the future Queen’s fashion uniform.

She explained: ‘Kate you can see doing it with a nipped-waist, knee-length dress in a block color. I can imagine her having a whole wardrobe of those, which she wheels out for different occasions.’

Meanwhile she said the idea of ‘having a uniform’ had been taken ‘from the Queen’.

But the author revealed the mother-of-three’s style would depart from former monarchs in one particular way, pointing to her love of the love of the high street. 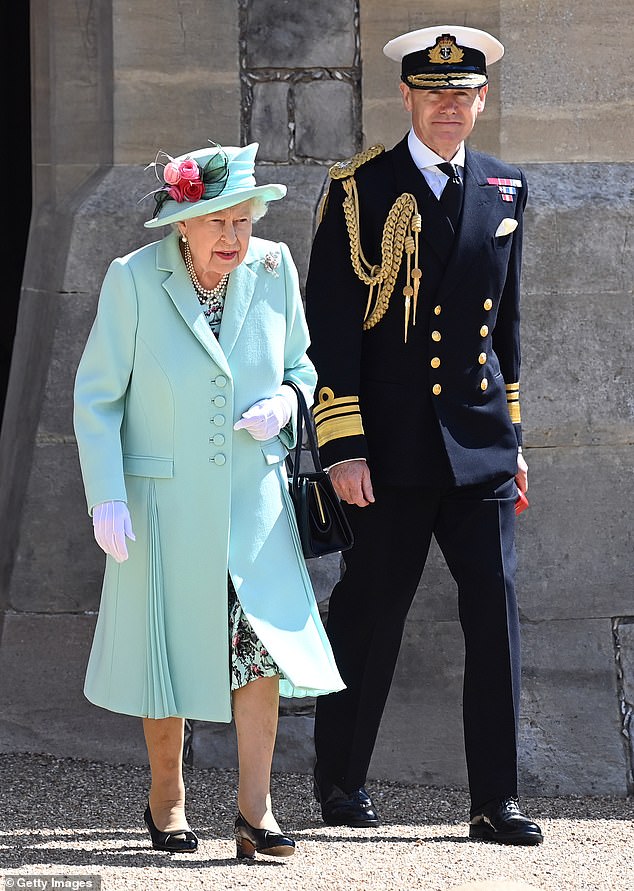 The royal author said when Prince William ascends to the throne, Kate will look to the Queen, 94, for inspiration and adopt a ‘uniform’

Looking relatable has long been a goal for the mother-of-three, with Bethan suggesting the choice reflected the way that the world has changed since the queen took the throne in 1952.

She explained: ‘The public mood now is much less towards wanting royals that are very distant in their palaces. People want to be able to relate, and I think the royals realize that clothing is a way that they can do it.’

Meanwhile the author added that more casual engagements for Kate likely offer an insight into what the mother-of-three wears in her down time.

She explained it gave ‘a really good inkling’ to what the Duchess wears when ‘taking the kids to the supermarket’ or ‘buying craft supplies.’ 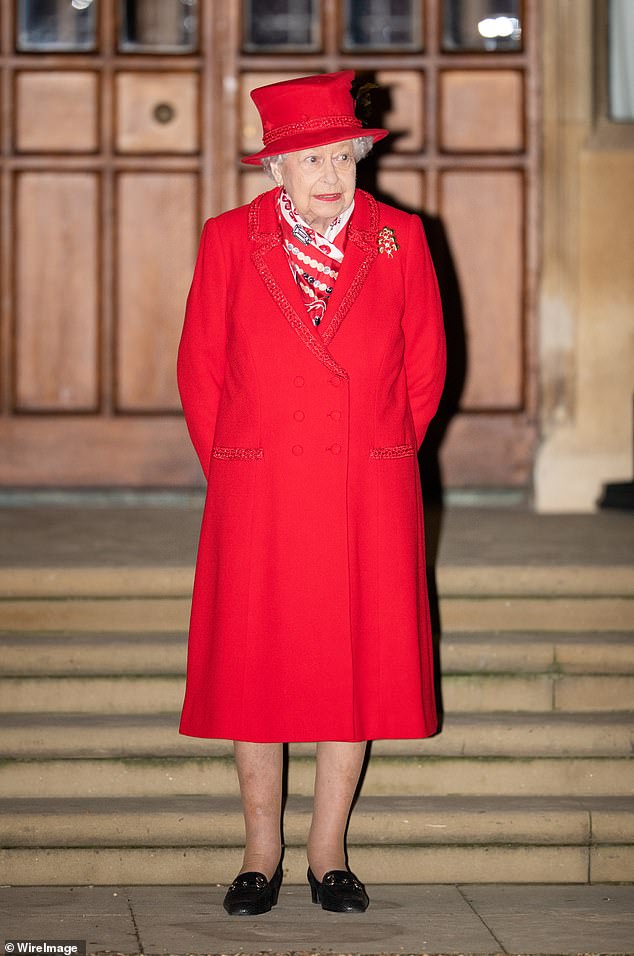 Bethan’s comments come after royal sources said Kate has ‘become more confident in front of the camera’ during the Covid-19 pandemic and has ‘learnt to enjoy rather than dread video calls’.

Insiders have revealed how the mother-of-three has taken the shift from in person appearances to virtual engagements in her stride.

Vanity Fair‘s Katie Nicholl explained: ‘She has set up a DIY shoot location at Anmer Hall in Norfolk, where the Cambridges are spending the lockdown, and apparently has a special stand for her laptop and a ring light to ensure the shot is well lit.’ 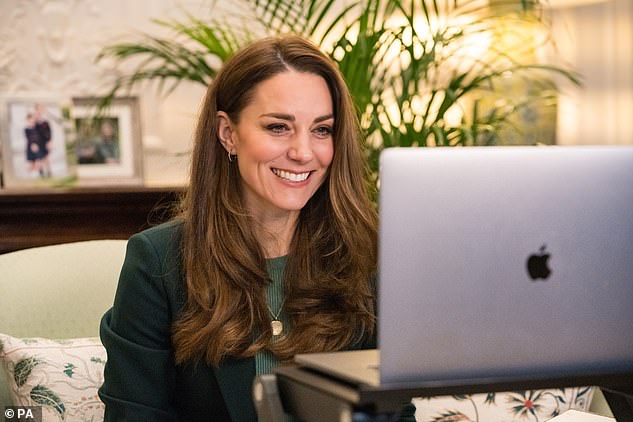 Sources said the Duchess has gained confidence in front of the camera during the global crisis.

They explained that while Kate and William have their own videographer as part of their online team, they only have a skeleton staff at their home of Anmer Hall.

Insiders said as well as setting up her own ring light and laptop stand for video appearances, the Duchess also ‘chooses her own outfits and even does her own hair and make-up.’