Johnson plots reopening of UK economy within months By Reuters

Johnson plots reopening of UK economy within months By Reuters 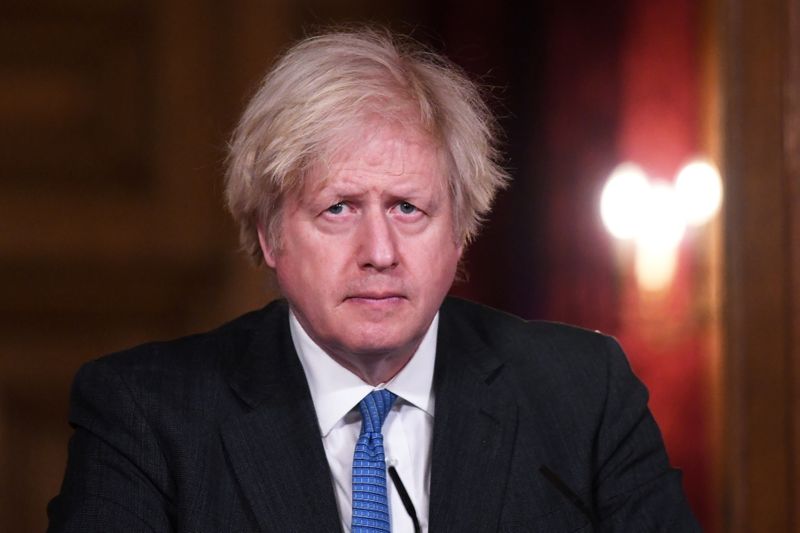 
By Guy Faulconbridge and Sarah Young

LONDON (Reuters) – Prime Minister Boris Johnson is plotting a staged exit from lockdown that would see the United Kingdom’s battered economy returning to work over the next five months after leaping ahead of most of the world on vaccinating its people.

The novel coronavirus, which emerged in China in late 2019, has killed 2.4 million people worldwide, upended normal life for billions and tipped the United Kingdom into its worst slump in 300 years.

After moving faster than all other Western peers bar Israel to vaccinate its population, the United Kingdom’s $3 trillion economy is aiming to be among the first major Western economies to return to some semblance of normality – though still far behind the furnaces of global growth in China.

Johnson, who will set the path out of lockdown on Feb. 22, said the staged exit plan would be cautious but irreversible, although schools are likely to return on March 8, along with a mass testing programme to monitor the outbreak.

The Daily Mail newspaper reported that while office workers will be told to continue working from home for some time, parts of the economy such as holiday lets and larger hotels will reopen in April.

Outdoor leisure such as theme parks and zoos as well as golf, open-air gyms and tennis could also resume in April, though pubs, bars and restaurants would have to wait until May and a full pub reopening in early June.

“It’ll be based firmly on a cautious and prudent approach to coming out of lockdown in such a way as to be irreversible,” Johnson told reporters.

The Mail said leisure businesses may not return to ‘broadly normal’ until July, while office staff are expected to be told to keep working from home for the foreseeable future.

After suffering the world’s fifth-worst official COVID-19 death toll and a series of mishaps in its pandemic response, Johnson’s government moved faster than much of the West to secure vaccine supplies, giving it a head start.

Currently, the United Kingdom has given 15.58 million people, or around 23% of its 67 million population, a first dose of vaccine, behind only Israel and the United Arab Emirates in vaccines per head of population.

Johnson, who has cautioned people to treat newspaper reports on his plans with caution as a final decision is yet to be made, says he wants to see more data on how the vaccine rollout is affecting severe illness and death.

So far, there is some data from Israel on that, but not enough from the United Kingdom to be absolutely sure of the impact, Chris Whitty, the government’s chief medical adviser, said on Monday.

The easing of the most stringent peacetime curbs on personal freedoms in modern English history will be accompanied by a mass testing programme.

Disclaimer: Fusion Media would like to remind you that the data contained in this website is not necessarily real-time nor accurate. All CFDs (stocks, indexes, futures) and Forex prices are not provided by exchanges but rather by market makers, and so prices may not be accurate and may differ from the actual market price, meaning prices are indicative and not appropriate for trading purposes. Therefore Fusion Media doesn`t bear any responsibility for any trading losses you might incur as a result of using this data.

Fusion Media or anyone involved with Fusion Media will not accept any liability for loss or damage as a result of reliance on the information including data, quotes, charts and buy/sell signals contained within this website. Please be fully informed regarding the risks and costs associated with trading the financial markets, it is one of the riskiest investment forms possible.

US jobs report unlikely to save the dollar

Explained: Why Saina being allowed to play despite testing positive is good news for the world of sports