By Adry Torres For Dailymail.com

A social media influencer has shown remorse over a tasteless prank in which he tricked elderly and homeless men in Colombia into eating soap bars covered in chocolate.

In the video, Milton Domínguez, who is known in social media circles as Jay Tomy, introduces himself and a woman to their unsuspecting victims as up-and-coming businessmen who are selling a new chocolate ice cream bar to consumers.

A two-minute clip reveals each step of YouTuber and Instagrammer Domínguez’s prank. He first visits a local store where he records himself purchasing five soap bars.

He then places them atop a kitchen counter with a package of chocolates and wood craft sticks.

The chocolate is then heated in a frying span by another man who is in on the prank and placed into a jar after it finally melted. Domínguez subsequently places the soap bar into the jar before it is completely covered in chocolate. 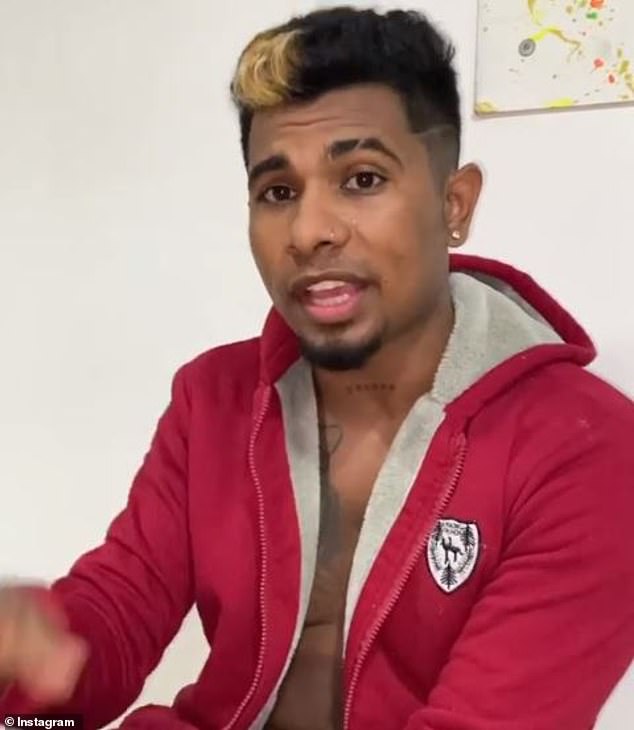 Milton Domínguez, who is known the the social media circles as Jay Tomy, recently approached elderly and homeless men as well as a young boy in Cartagena, Colombia, and pranked them with a soap bar that was covered in chocolate. He has since apologized for his actions displayed in the two videos 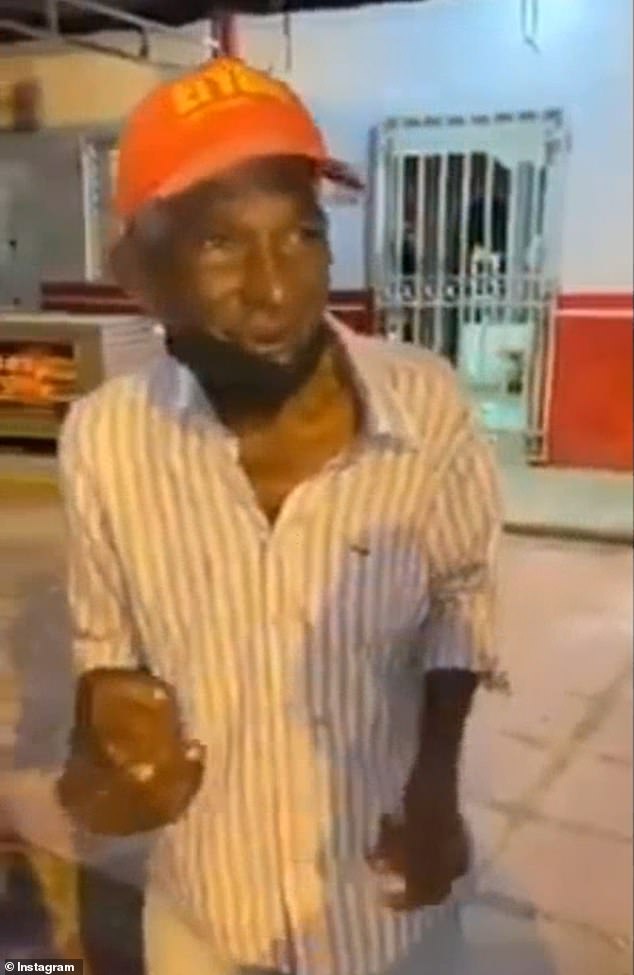 A man in Colombia takes a bite from the soap bar that is covered in chocolate during a prank filmed by social media influencer Milton Domínguez, otherwise known as Jay Tomy. ‘Man, I noticed you gave me soap,’ the man said on the video after noticing the popsicle was just a soap 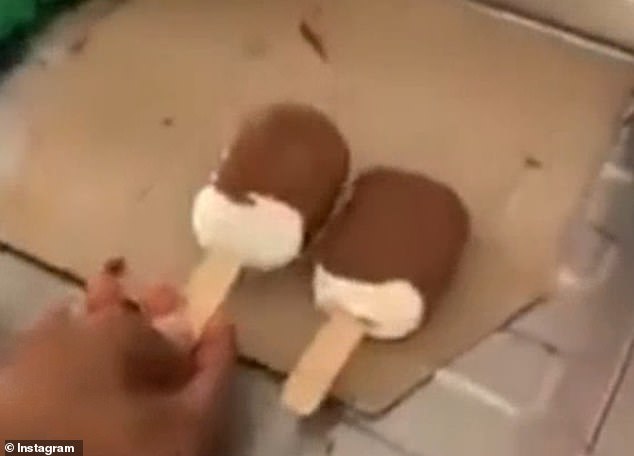 A man filmed on video exclaims that the fake ice cream bars are delicious after taking several bites.

Moments later, the man realizes he is just eating soap glazed with chocolate.

‘Man, I noticed you gave me soap,’ the elderly man said while Domínguez giggled behind the camera.

‘The popsicle has a good flavor. You guys are progressing and have to push forward,’ he said. ‘It is very tasty.’ 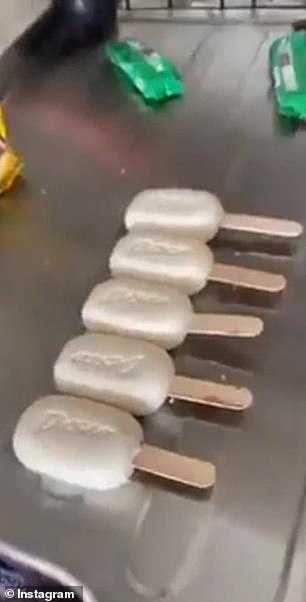 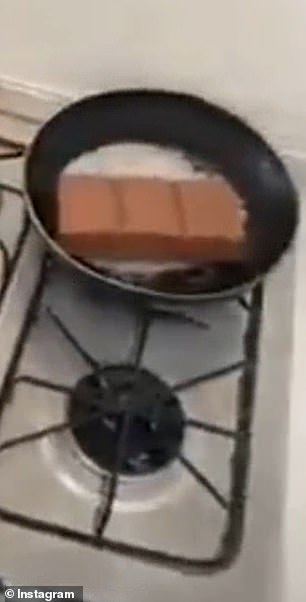 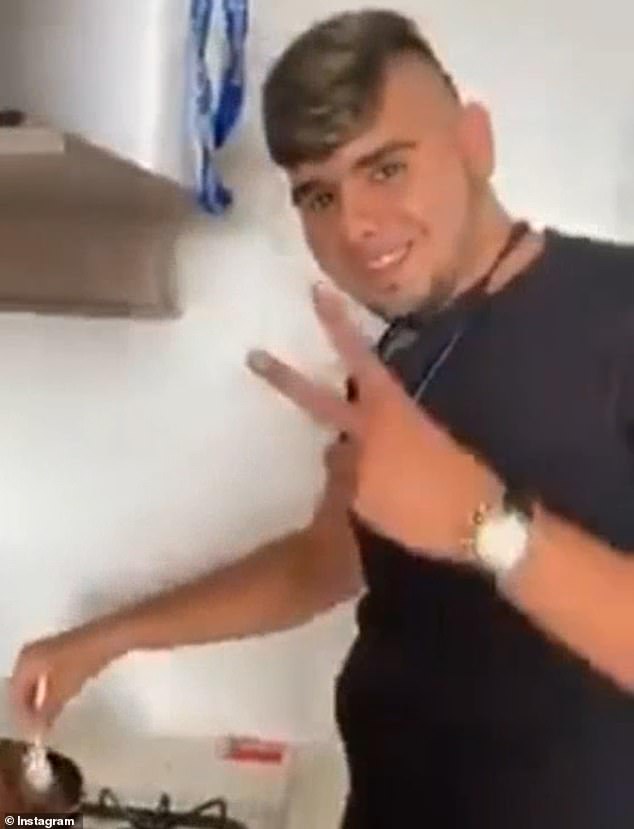 The impromptu soap bar tasting did not sit too well with a boy, who sat on his bicycle and quickly caught on to Domínguez’s prank.

He takes a couple of bites before telling the influencer and his cohorts that ‘this tastes like soap’ and they all begin laughing.

The prank was not received all too well by social media users in the area as Domínguez disavowed his own actions with a public apology Thursday.

‘In reference to the joke we recently made that caused a negative reaction from the public, I sincerely apologize to the people involved and to the community,’ Domínguez wrote Thursday on his Instagram account, @jaytomy_. 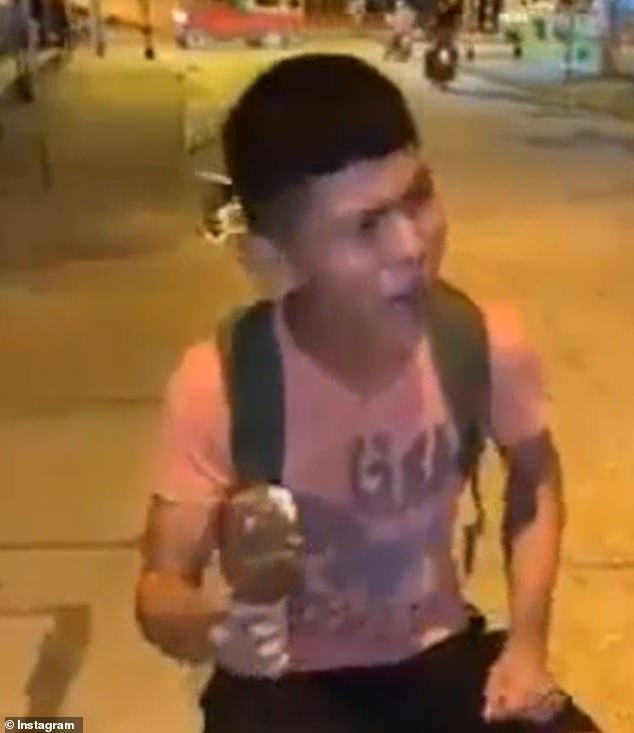 A boy in Cartagena, Colombia, did not take it to well when he was tricked into taking several bites from the soap bar. ‘This tastes like soap’ he said before everyone in the video laughed 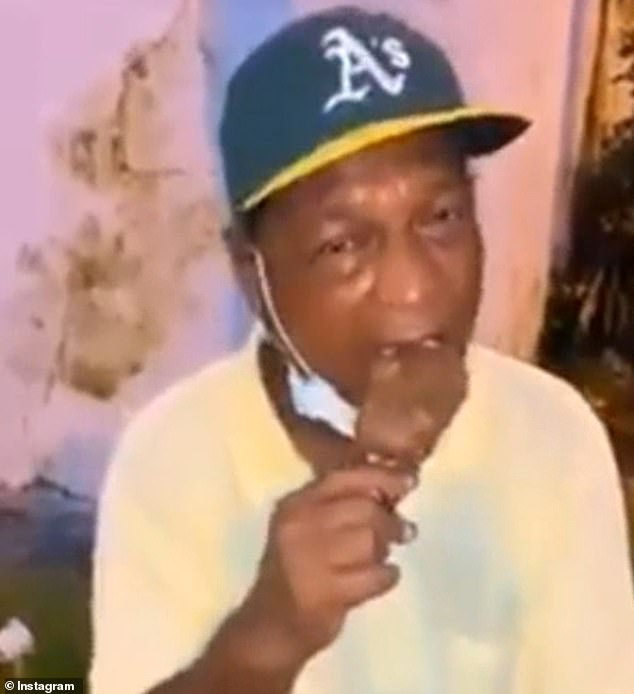 After taking a bite out of the fake ice cream, the man congratulated the social media influencer and said ‘it was very tasty’

‘I invite the influencer community to reflect and create spaces to debate these limits and avoid overcoming the barriers from fun to a joke in bad taste.’

Cartagena Metropolitan Police brigade general Henry Sanabria said Domínguez and the two other individuals who participated in the prank could face criminal charges.

One of the participants, who was identified by the police only as Dilan, turned himself in this week, apologized for his actions, and was fined $324.