‘I don’t think our children deserve this’: Tearful Laurence Fox brands government ‘a disgrace’ for shutting schools and likens it to giving a child’s liver to a pensioner

By Dan Sales For Mailonline

Tearful Laurence Fox branded the Government ‘a disgrace’ last night for shutting schools as he likened it to taking a child’s liver out to give to a pensioner.

The actor and political activist, 42, was choked with emotion as he said he thought kids deserved an education.

And he said it would reduce children’s opportunities and questioned if they would soon forget what ‘school was for’.

Fox – who has repeatedly challenged lockdown restrictions – said: ‘I’m furious with the Government.

‘I don’t think our children deserve this and I think they are doing this for political reasons, sorry to be emotional.

‘We are taking out the liver of a young, healthy child and giving it to an old person or a vulnerable person.’ 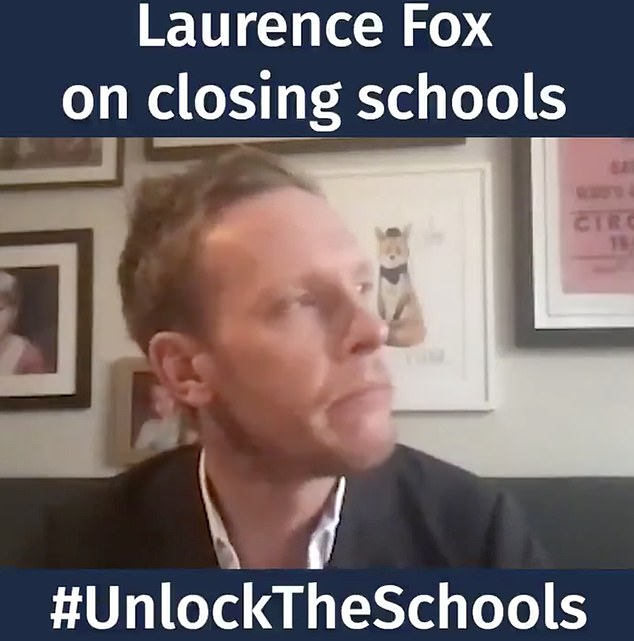 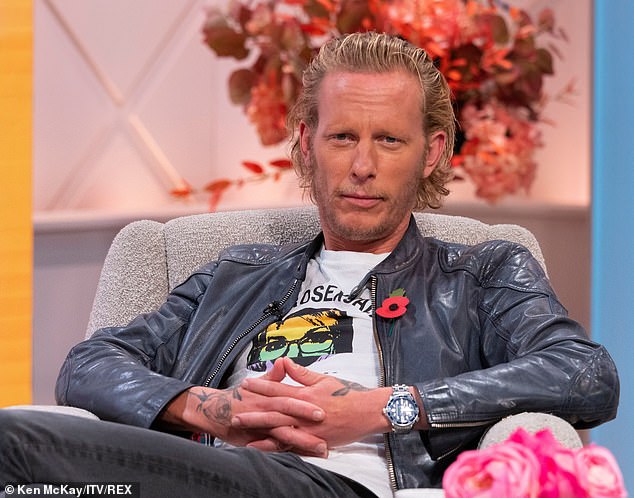 The TV and stage performer was speaking to Unlocked, which has launched the campaign #UnlockTheSchools on its @unlocked_uk_ Twitter feed.

Its online video channel has previously questioned the evidence for the new variant of Coronavirus the government has said is sweeping the country.

Fox added: ‘You’re really reducing this kids’ opportunities even understanding what proper peer relationships are like

‘Are they going to know what school was for at some point?

‘I think the government, they are a disgrace.’

On Wednesday he said he would actively shield his children from watching the BBC’s upcoming educational offerings during lockdown, branding it ‘statist propaganda’.

MailOnline reported on Tuesday how experts have warned of serious problems developing as England enters its third national lockdown, with one declaring ‘The pandemic has created a mental health ticking time bomb’.

Draconian measures designed to curb the spread of the coronavirus variant will heavily impact many during the gruelling winter months. 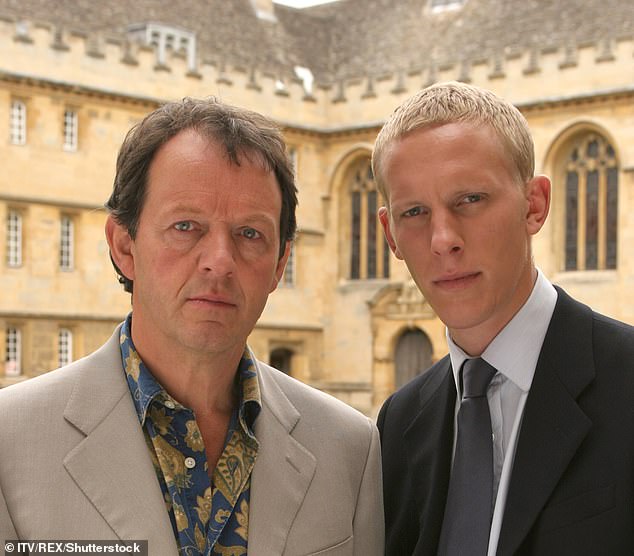 Kevin Whately and Laurence Fox in Lewis, which is the role Fox is best-known by the public

Depression, anxiety and Obsessive Compulsive Disorder are expected as the restrictions create a sense of terrible Deja Vu.

The blow comes especially hard due to the proximity of New Year, where many had believed the start of 2021 would signal more optimistic fortunes.

Michael Gove said the curbs on freedom would last for months, triggering more gloom among the public.

And children – after being told schools would be safe – face difficult home-learning after the U-turn by Boris Johnson and his government.

During his coronavirus news briefing today, the Prime Minister said approximately £12billion had been spent on NHS mental health care, with around another £19-20million contributed towards mental health charities.

Emma Thomas, Chief Executive at YoungMinds told MailOnline: ‘The pandemic is deepening the crisis in young people’s mental health and there is a growing body of evidence suggesting that the impact could be significant and long-term.

‘Young people tell us that they’ve struggled to cope with the changes and loss of coping mechanisms brought on by the pandemic, with many experiencing social isolation, anxiety, and fears around their future.

‘Many lost access to mental health support during the first lockdown, while others chose not to look for help at a time when the NHS was under so much pressure. With the pandemic continuing through the winter and another lockdown confirmed, it’s likely that more young people may struggle to cope.’