How has trade between Ireland and Great Britain been affected in the first two weeks of Brexit?

How has trade between Ireland and Great Britain been affected in the first two weeks of Brexit?

WE ARE TWO weeks into the new Brexit checks needed for trade between Ireland and Great Britain after the UK left the EU’s Custom Union and Single Market.

In that time, we’ve seen empty shelves in Northern Ireland, trucks queuing to travel between Great Britain and the Republic of Ireland, and British companies such as DPD and Lloyds stopping their services to Ireland.

Though disruption was predicted, the scale or duration of it is still an unknown; a Department of Transport official said that it wasn’t clear how long it would take for traders to get used to new post-Brexit checks and systems.

The political deal for what would replace the UK’s membership of the EU was only struck on Christmas Eve, giving businesses and hauliers just 8 days to prepare.

TD and former president of the Road Haulage Association Verona Murphy told the Dáil this week that there had been “utter disruption” in the supply chain since the end of the transition period, with truck drivers being stuck in ports for up to five days.

“The consumer will pay a hefty price in their shopping basket if this is to continue, particularly those on low incomes,” she said.

The Department of Foreign Affairs said that the new infrastructure, systems and staff put in place to prepare for Brexit “are working as expected”, and they are working to resolve any issues that may be caused by businesses not logging paperwork before goods travel.

This is the ‘lasting change’ of Brexit

Minister of State for European Affairs Thomas Byrne told TheJournal.ie that there has been no disruption to direct trade between the EU and Ireland.

But he said that there was “undoubtedly” less products coming into Ireland from the UK, which he is concerned about.

“We were told that there would be ‘lasting change’ after Brexit – that is what’s happening,” he said, asking businesses and hauliers affected to engage with Revenue and the HSE, as the volume of calls to those arms of State are not in proportion to the scale of the disruption.

It’s not yet clear whether disruption to trade between Ireland and Great Britain is businesses adjusting to new processes, or permanent delays to do with post-Brexit paperwork.

The Department of Foreign Affairs said that more than 70% of trucks are completing paperwork before moving goods, and are being ‘green-lighted’ to leave ports without checks.

“State Agencies are working 24/7 to ensure trade can flow to the greatest extent possible but industry also has to do its part to make this work,” the Department said. “The best way to ensure that goods as pass smoothly and efficiently as possible through our ports is to correctly complete the required paperwork in advance of moving those goods.”

It’s unknown how many deliveries are simply no longer being sent to Ireland due to the post-Brexit checks required.

It’s been suggested that some UK exporters were unprepared for the dramatic changes in processes post-Brexit, which has lead to some delays for hauliers.

Disruption due to the travel restrictions prompted by new Covid-19 restrictions, brought on by a surge in cases and the UK and South African variant, have also disrupted supply chains and transport routes.

The Brexit trade deal struck by the UK and EU is viewed as a ‘hard Brexit’ – financial services in the UK cannot continue as they could before, for example, and Great Britain has left the Single Market and the Customs Union, as was the aim of the British negotiating team.

Northern Ireland is under the Irish Protocol for the next four years, after which the Stormont Assembly will vote on whether to keep the customs and trade agreements.

Supermarkets sending agri-foods from Great Britain to Northern Ireland have a three-month ‘grace period’ from needing a health export certificate, which was agreed to try to help ease the bureaucratic burden placed on Northern Ireland in trying to keep it in the UK customs territory while remaining aligned to the EU’s Custom Union.

Retailers have warned that shops in Northern Ireland could face further problems in April unless the EU is prepared to extend this grace period.

What checks are required? 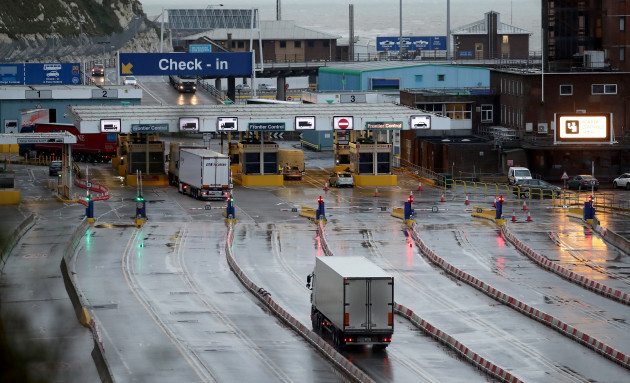 A lorry arrives at the Port of Dover on the first day at the port under post-Brexit regulations.

The European Union has strict health cert requirements for agri-foods – meat and dairy products, for example – and customs checks on third-country exports into any of its 27 EU member states. This is what is causing the majority of the delays.

Import declarations and entry summary declarations are required for goods going from GB to NI, with “light-touch” infrastructure between the two regions to carry out physical customs checks.

Boris Johnson admitted there are “teething problems” in the post-Brexit trade relationship between Great Britain and Northern Ireland as industry experts warned there could be fresh shortages on supermarket shelves.

Westminster’s Future Relationship with the European Union Committee was told that there are less ‘teething problems’ with imports to the UK than with exports.

This means that products being sent from the EU into the UK are travelling relatively seamlessly, while products going from the UK into the EU are being held up. 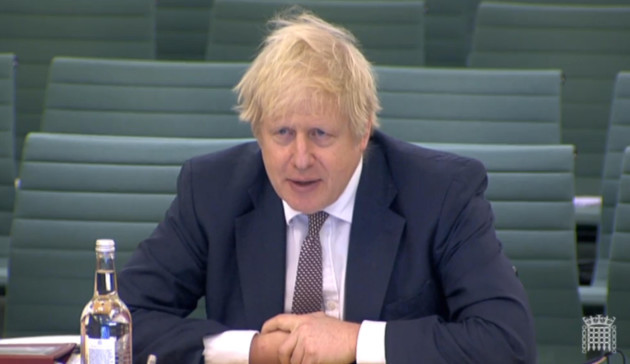 Hauliers have given some insight into what the exact problems are with trade between Ireland and Great Britain.

Aidan Flynn, General Manager of the Freight Transport Association of Ireland said that it has been more difficult to get goods into Ireland than out.

He told TheJournal.ie that the problems were mainly to do with the new ‘safety and security’ requirements, which document which goods are on what trailer. This information is mandatory to get a pre-boarding number that allows trucks to board ferries.

The problem is further compounded by a communications issue – a business exporting products may have several departments, meaning hauliers might be waiting for some time before knowing why they’re not being let through ports.

In a letter sent to Tánaiste Leo Varadkar and the Finance Minister Paschal Donohoe, the President of the Irish Road Haulage Association Eugene Drennan said that hauliers are now facing in excess of eight new checks or customs requirements since 1 January.

The manner in which some of these requirements are being imposed is not practical and not working, he said.

Drennan said a requirement for hauliers to log onto the customs and excise website 30 minutes before arriving in Irish ports to see if they need to undergo an inspection is “deeply flawed and not working in practice”.

“It ignores technical and practical obstacles for drivers accessing the Revenue website as a vessel approaches Irish waters,” he wrote to both ministers.

In an interview with the Financial Times, EU chief negotiator Michel Barnier said that some things have “changed for good” because of Brexit.

He said that other problems and “glitches” were to do with adapting to new systems.

No news is bad news
Support The Journal

“The Government is not stopping goods or undertaking checks for no reason,” the Department of Foreign Affairs said in a statement to TheJournal.ie.

“The checks in place are required to meet our obligations to the Single Market and to protect public health, food safety and product standards. Some businesses were experiencing a particular difficulty in lodging their ‘safety & security’, or ENS declarations.”

In response, Revenue has implemented a temporary easement to alleviate these current difficulties – a general ENS code has been provided to traders to assist them compete customs formalities.

“Users of this temporary code are signalling to Revenue that they need support. An expert Revenue team is in place to ensure all businesses currently experiencing these difficulties can develop the capability to lodge a full ENS declarations.”

Are there food shortages? 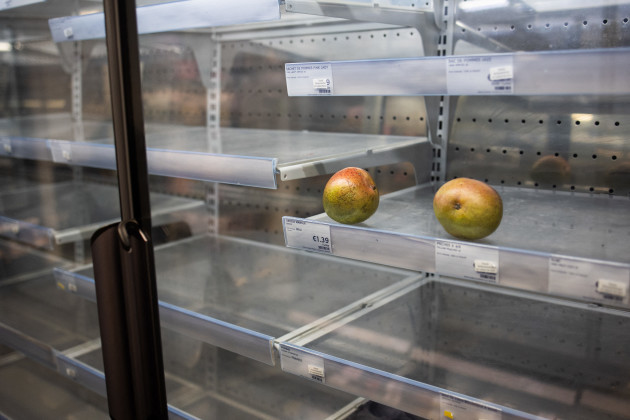 Depleted shelves at a Marks & Spencer supermarket in Paris. 11 January.

Speaking at the Westminster Brexit committee this week, Andrew Opie, director of the British Retail Consortium asking for a slimmed down customs approach and a digitalised system:

“Frankly the problem remains that the European system is not easy to adapt to, it’s extremely complex. It treats every consignment as if it’s the first time you’ve sent it to that country…

If you go into composite products, sending a lasagna from Great Britain to the Republic of Ireland is so complicated. You have to have authorisation going up through the chain, the vet at the end has to sign it off and see all the authorisation.

In the same committee, Ian Wright of the Food and Drink Federation said food deliveries to Northern Ireland would possibly be limited because of additional checks:

“No one wants Northern Ireland to go from a colour TV to black and white.”

The First Minister of Northern Ireland Arlene Foster said that it wouldn’t be a bad thing if more Northern Ireland products were used in supermarkets as a result of the new Brexit-related checks.

“…If they’re increasing the number of products from Northern Ireland in their supermarkets in Northern Ireland, I think that’s a really good thing actually because it shows that our produce is being able to take advantage of that,” Foster said on Wednesday.

“What I wouldn’t like to see is that consumers have a reduction in the number of ranges that they’re able to access and I think we’ve seen a little of that happening, and it’s something that we’ll be engaging with the supermarkets on.”