Hollyoaks‘ Will Mellor has praised his former co-star Joe Tracini for sharing his mental health issues on social media.

In a new episode of his podcast Two Pints with Will & Ral‪f‬ [Little], the actor, 44, revealed he reached out to the son of comedian Joe Pasquale, 32, to express his support for his powerful posts.

Joe uses his platform to bravely open up about his personality disorder and suicidal thoughts, and often advises his followers to seek help if they are going through similar struggles. 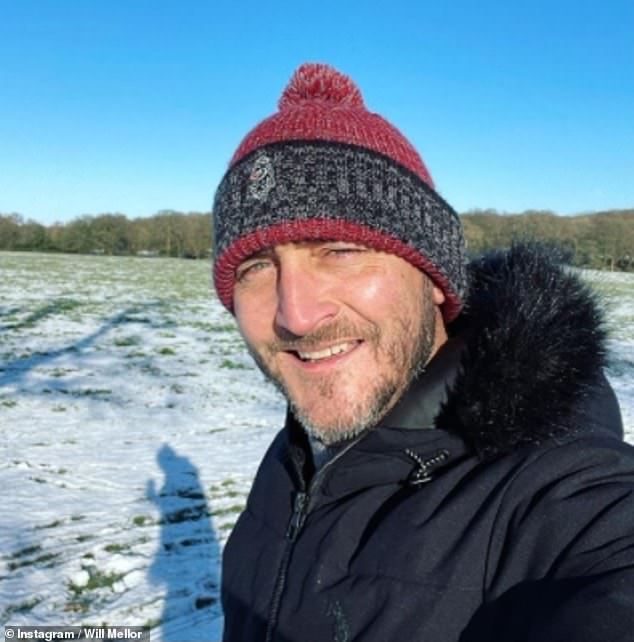 ‘He’s saving lives by talking about it’: Hollyoaks’ Will Mellor (pictured this year) has praised Joe Tracini for sharing his mental health issues on social media

On the presenter’s online presence, Corrie’s Will told his friend and fellow actor Ralf, 41: ‘I messaged him saying ”sorry you’ve got to go through all of this, but you are saving lives by coming out and talking about it.”’

The Broadchurch star also touched on the importance of reporting abuse, as Joe is also met with…