By Nathan Salt For Mailonline

Gareth Bale was left out of Tottenham’s matchday squad to face Everton in the FA Cup by Jose Mourinho in the latest low for the Welshman since his return to north London.

Bale returned to great fanfare on loan from Real Madrid in the summer but he has struggled and Sportsmail revealed last week that Tottenham have questioned Bale’s appetite to turn things around.

He was not afforded the chance to show his talents on Wednesday night as Mourinho elected to leave him out, instead extending the olive branch to Dele Alli, who has also routinely found himself out of favour. 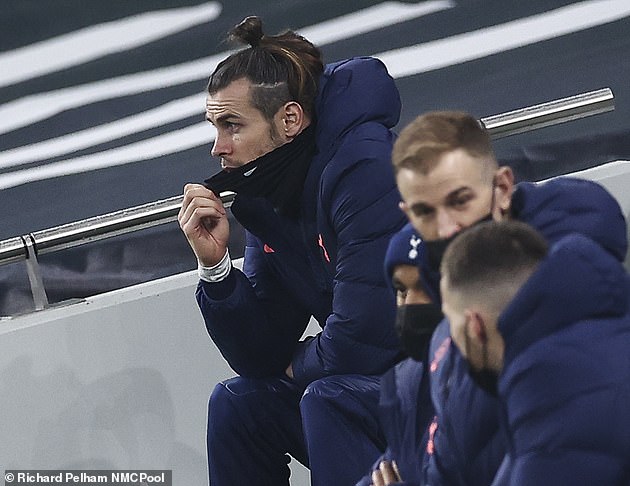 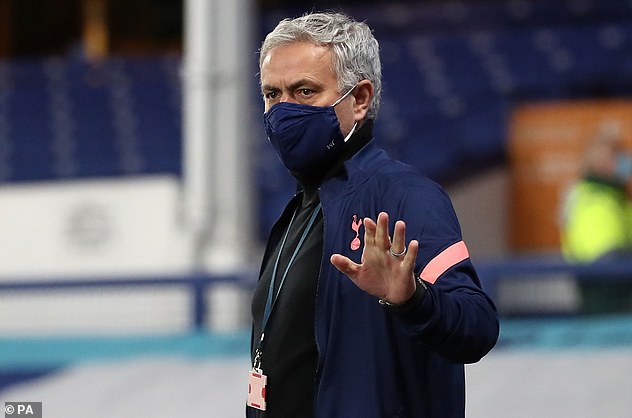 ‘Gareth is not on the bench because he wasn’t happy with his training session yesterday,’ Mourinho said when asked for clarification on Bale’s omission. ‘I wouldn’t say an injury, not at all, but some feelings he wasn’t happy with, so it was better for him to stay back and to be working with the sports science guys.’

Mourinho was previously particularly tetchy when asked by a pitchside reporter about his decision to leave Bale on the bench after the defeat to Chelsea.

Journalist Alison Bender asked Mourinho: ‘Can I just ask one tiny question – obviously you were just one-nil down… Gareth Bale, a lot of people were saying bring him on… can I ask why you didn’t bring him on?’

Mourinho tersely replied: ‘Good question but I don’t think you deserve an answer.’

Upon agreeing his return to north London in the summer, Spurs agreed to pay in the region of £250,000 per week of his mammoth £600,000-per-week salary. 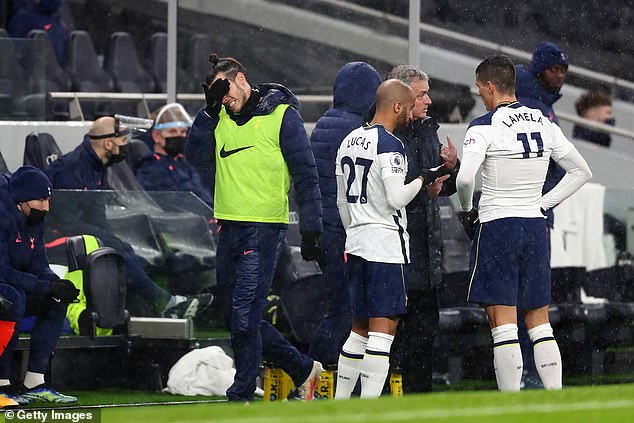 And there is acknowledgement that Bale’s high-profile return has not provided value for money.

Mourinho and his staff are said to still be hopeful Bale’s form can improve for him to play a key role in the club’s run in – but the trust does not seem to have extended to even a place on the bench at Goodison Park on Wednesday.

Tottenham are competing in all four competitions still and while Mourinho needs all of his squad, Sportsmail has been told patience looks to be wearing thin.

‘What happened yesterday was horrific’: Growing amount of lawmakers want Trump removed from office before end of term