Following the sudden end of his playing career, Keith Senior battled the twin demons of drink and depression.

At his lowest ebb, he awoke on New Year’s Day to discover he had butted a hole in the wall of the home of former Leeds Rhino teammate Luke Ambler.

Nearly a decade on, he is putting his head to more productive use. The former England and Leeds centre, who won four Super League titles and the Challenge Cup during a 17-year career, is studying for a counselling qualification and working to improve the mental health of the next generation of rugby league players. 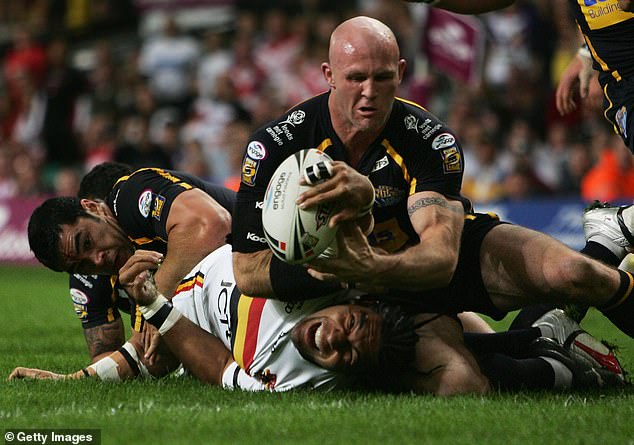 Following the sudden end of his career, Keith Senior fought the demons of drink and depression

Senior is one of 13 former Super League stars who have come together to deliver mental fitness workshops to community clubs in the north of England, with the Ahead of the Game project to be rolled out to 8,000 teenagers, their parents and 360 coaches across the country ahead of the Rugby League World Cup this autumn.

Giant submarine sculpture you can walk through going up near Burton