There are tentative signs that the lockdown in England is beginning to curb coronavirus transmission, according to a closely watched study, although stubbornly high infection rates will continue to strain the overstretched healthcare system.

The React-1 study, led by Imperial College London, concluded that prevalence of the virus had started to flatten last week, with initial indications of a small decline.

Researchers estimated that the reproduction number R, which measures the average number of people one individual infects, was between 0.92 and 1.04, with a central estimate of 0.98 — suggesting that the rate of infection is close to stable or falling slightly.

The findings were based on an analysis of 167,600 nose and throat swabs from a representative sample of the English population between January 6 and 22. 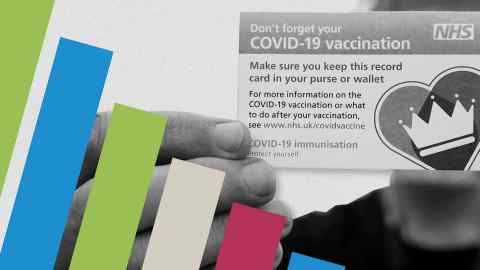 Professor Paul Elliott, one of the co-leaders of the study, said the data was “going in the right direction, probably, but not fast enough”.

“We really need to get the prevalence down more quickly because the pressure on the NHS is really extreme at the moment,” he said, adding that the R number was significantly lower at the tail-end of the first lockdown last year.

This was underlined on Wednesday when Boris Johnson, UK prime minister, confirmed that the nationwide lockdown would continue for at least another five weeks.

The data showed conflicting trends in the trajectory of infection rates across the country, with clear evidence of a decline in the south-west of England and an indication of drops in London and the south-east. But rates appeared to be on the rise in the East and West Midlands and Yorkshire and The Humber.

Prof Elliott said that mobility data showed more activity outside the home now than in the first lockdown. “There are more people in school and more people going out to work,” he said.

The study estimated that 1.57 per cent of the population in England was infected, equating to one in 64 people, and prevalence was highest in London, at 2.83 per cent. Roughly one in 25 people aged 13 to 24 in London tested positive for Covid-19 over the period.

Last week, the React-1 survey was more pessimistic than a range of other data, which indicated that the prevalence of the virus was declining.

The latest official estimate of R from government scientists was between 0.8 and 1.0 both for the UK and for England, down from 1.2 to 1.3 the week before.

“We’re acutely aware there is quite a lot of disagreement between data sources at the moment,” Steven Riley, of Imperial College, the other co-leader of React-1, conceded.

Full details are available on the government’s official website.