The Democratic Unionist party privately lobbied the British government for a “Swiss-style” alignment with EU rules on food and agricultural products, an idea it now rejects as a solution to the difficulties created by Northern Ireland’s trade protocol.

The DUP’s current party line is to dismiss the idea of such an alignment, saying it would require the UK to “slavishly” align with Europe.

However, in a letter to agriculture secretary George Eustice last June seen by the Financial Times, the DUP’s Edwin Poots — then Northern Ireland’s agriculture minister — described the maximum alignment approach as a “key ask” in reducing the protocol’s impact.

“This could be achieved, for example, by dynamic alignment with relevant parts of the EU acquis and the UK joining the common veterinary area (as in the Swiss/EU arrangement),” he wrote in the letter copied to Scottish and Welsh governments.

Poots, who stepped back from his role this month after revealing he had cancer, said the demands “must be met” in order to avoid “unacceptable burdens” on Northern Ireland’s population.

“We are always prepared to play a full role in making this work and it is my hope and expectation that UKG [UK government] will take a similar approach in working with us,” he wrote.

In the event, the British government ignored the demands, meeting only one of the DUPs requests, that the government absorb the costs on the new export bureaucracy for businesses.

The existence of the private lobbying effort emerged as the DUP calls on the British government to abandon the border arrangement, agreed by Boris Johnson as part of the 2019 UK Withdrawal Agreement.

The protocol requires all goods travelling from Great Britain to Northern Ireland to follow EU customs rules, and has become a flashpoint between the EU and the British government due to the paperwork it creates for goods moving within the UK.

The Poots letter highlights the DUP’s shifting stance on the protocol as it faces a public backlash from pro-British unionists in the region who wanted Northern Ireland to leave the EU on the same terms as the rest of the UK.

Arlene Foster, DUP leader, last week played down a Swiss-style arrangement as a solution, saying it dealt only with “one aspect” of the protocol.

Diane Dodds, the party’s economy minister, said she was “not against a Swiss-deal deal in and of itself”, although the previous day she said such an arrangement would require the whole UK to “slavishly follow” EU rules.

The DUP felt betrayed when Johnson accepted an Irish Sea border. But at Christmas, when the prime minister settled the UK-EU trade deal, Foster said she wanted to “maximise the opportunities the new arrangements provide”.

Foster soon hardened her position, amid unionist anger at a shortage of some supermarket supplies and threats to port workers carrying out checks.

Unionist opposition was emboldened when the European Commission briefly sought to deploy Article 16 emergency measures to override the protocol in a bid to control coronavirus vaccine exports. That move, soon reversed and widely seen as a big political blunder by Brussels, prompted a new DUP campaign to scrap the protocol outright.

The DUP has backed a court challenge to the protocol by Traditional Unionist Voice, a small breakaway party, which has also drawn support from the Ulster Unionist party.

The DUP wants Johnson to invoke the same Article 16 provisions the commission employed last month, a proposal the UK government has not taken off the table. 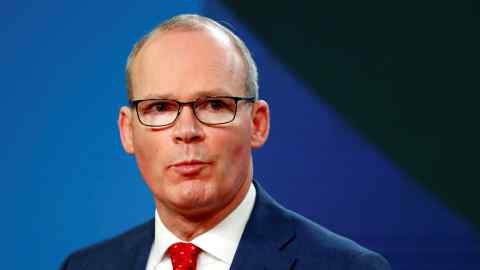 The House of Commons will on Monday debate the DUP’s demands to remove the protocol. The DUP gathered 140,000 signatures in an online petition calling for unfettered trade between Great Britain and Northern Ireland.

For now the government has demanded several concessions from Brussels to make the protocol less burdensome.

The government last week held a joint meeting with Northern Irish business groups, which are seeking simplified procedures and longer grace periods for adjustment. The two sides are due to meet on Wednesday to continue discussions.

The DUP said: “The Swiss arrangement would be an improvement on the protocol but would not resolve all our problems. We want to see permanent unfettered trade between GB and NI as we were promised, and it is up to the UK government to be bold in how they deliver that.”

A UK government spokesperson said: “We recognise there are outstanding problems with the protocol that need to be resolved to ensure trade continues to flow smoothly and there is as little impact as possible on the everyday life of communities.”

COVID-19 triggers ‘stark’ divide in hiring across the UK