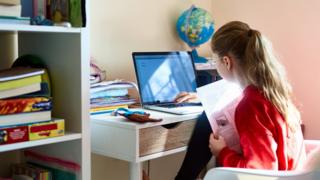 There have been some big changes to coronavirus rules which affect lots of everyday things, including schools and education, sport and meeting up with other people.

The governments in Scotland and England have now announced nationwide lockdowns, Wales has had tougher rules since 20 December and Northern Ireland has tightened some of its measures following government meetings earlier this week.

Sometimes it can be hard to keep track of what’s happening and what you can and can’t do.

Lots of you have had questions, so we’ve tried to answer as many as we can.

When will primary and secondary schools reopen? 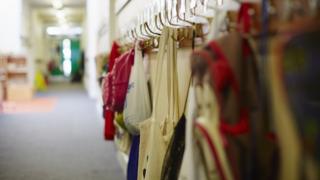 Leaders across the UK have suggested dates for when they hope they can reopen schools. However, this will depend on a number of factors, for example whether or not the number of cases go down. All four nations say rules will be reviewed regularly. This is what is planned at the moment:

ENGLAND: Although the majority of primary schools opened on Monday 4 January for the new term, pupils now won’t be returning to classrooms in England before the February half-term at the earliest.

NORTHERN IRELAND: Leaders had planned for primary school pupils to be taught online until 11 January, but it’s now been confirmed that the majority of primary and secondary school pupils won’t be returning to their classrooms until after the February half-term. However, special schools will remain open as usual.

SCOTLAND: Following the announcement of the lockdown, schools in Scotland will remain closed until the end of January.

WALES: In Wales, at the moment there are plans for students to learn online until the 18 January.

Can high schools reopen for key workers’ children, vulnerable children and people who want to go back to school? 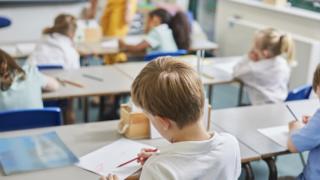 Across the four nations, primary and secondary schools are open for vulnerable children and those whose parents or guardians are key workers.

However, schools won’t be open to pupils who want to go back to school unless they fall into either one of those categories.

What’s going to happen when it comes to exams like SATs, GCSEs and A-Levels?

ENGLAND: In England, the government has said exams including SATs, GCSEs and A-Levels won’t be going ahead this summer. Prime Minister Boris Johnson said they’ll be working with the exam regulator Ofqual to put “alternative arrangements” in place that will work best for students. It’s not yet known what these will be.

NORTHERN IRELAND: In Northern Ireland, the government are still yet to decide whether GCSE or A-level exams will go ahead later this year. and further meetings are expected to take place this week so ministers can decide what steps to take next.

The education minister Peter Weir said that until and announcement has been made, students should expect to continue to sit scheduled exams.

Some exams won’t be happening – the school transfer tests in Northern Ireland have been cancelled for this month. The first transfer test, which is used by lots of grammar schools to select pupils, was schedules to take place on Saturday. However, the Association for Quality Education (AQE), which is one of the organisations that runs the tests, later announced plans for a single transfer test to be held on Saturday 27 February.

SCOTLAND: In Scotland, the government confirmed at the end of last year that Higher and Advanced Highers exams set for 2021 would be cancelled. The country’s National 5 exams were also cancelled and these will be replaced with teacher assessments and coursework.

WALES: GCSEs and A-Levels in Wales which students were due to take in the summer of 2021 were cancelled last year. Instead, grades will be determined by assessments set by schools and the country’s exam board WJEC.

In England, is the lockdown definitely going to end after the February half-term? 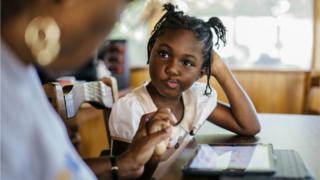 During his televised address on Monday, Prime Minister Boris Johnson announced that England would be entering another national lockdown. This is expected to be reviewed in mid-February and all schools will have to remain closed until the February half-term at least.

Currently, there is no guarantee the lockdown will end after the school break because it depends what happens, for example if cases drop. The government and its scientific advisors will be monitoring the situation and reviewing the rules to decide what is needed to keep everyone as safe as possible.

With the rollout of the coronavirus vaccine, the government has said it hopes the toughest measures could “steadily” be relaxed next month.

Will tier five be introduced after lockdown?

In each of the four nations there are slightly different systems for deciding the ‘strength’ of restrictions.

England has a tier system which means different places in the same country can be put under different rules and Scotland has a similar system, although tiers in Scotland are known as ‘protection levels’. These range from 0 to 4 in Scotland, while in England the tiers are 1 to 4.

The government in England first introduced its tier-alert system back in October. Before the current lockdown, there were four tiers that could be applied to places in England. However, the government has never introduced a fifth tier and at the moment, there is no indication that there could be a tier five.

Scotland’s five-tier system was introduced in November 2020. Like England, nothing has been said to suggest the government will introduce a level five protection level.

What’s the latest on the coronavirus?

Can I still exercise with my friend outdoors? 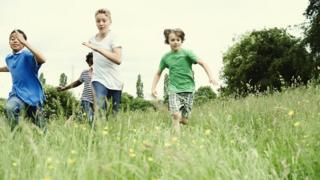 Rules around exercise are different depending on where in the UK you live.

ENGLAND: In England you can exercise once a day, but it must be by yourself, with the people you live with or with members of your support bubble. You’re not allowed to exercise with anyone from another household while you’re indoors (for example at home) and this also covers gardens. Similar rules apply for outdoor exercise, although you are allowed to exercise with one other person from another household if you are outside. If you’re exercising with someone who isn’t from your household, you must make sure to keep a distance of at least two metres.

NORTHERN IRELAND: In Northern Ireland, people could only exercise with people they lived with both indoors and outdoors previously. However, they’ll now will be allowed to exercise outdoors with one person from another household under the country’s tougher lockdown rules.

SCOTLAND: In Scotland, a maximum of two people from two separate households are allowed to meet outdoors for sport or exercise. However, children aged 11 and under don’t count towards this number. Children under 12 are able to play outdoors in larger groups, including organised gatherings. Members of the same household, or those who are part of a support bubble can meet outdoors for exercise. When it comes to exercising indoors, people are only allowed to do so with members of their household or support bubble.

WALES: In Wales, people are only allowed to exercise indoors or outdoors on their own or with members of their household or support bubble. This also applies to children. 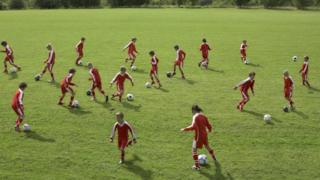 ENGLAND: In England, indoor and outdoor sports facilities will remain closed throughout lockdown and this also affects teams and clubs for children and young people. However, organised outdoor sport for disabled people will be able to continue.

NORTHERN IRELAND: Indoor and outdoor sports are not currently allowed to take place in Northern Ireland. Only individual or household exercise is permitted.

SCOTLAND: In Scotland, indoor sports facilities will shut during lockdown, although outdoor gyms can stay open. Organised sport and exercise for children under 12 will be able to carry on as long as organisers follow the appropriate guidance.

WALES: In Wales, indoor sports facilities are currently closed, but parks and playgrounds are open. However, no one is allowed to take part in sports with anyone outside of their household or bubble.

For all the nations, those who play a sport at an elite level are able to carry on with their training.

Can I still meet up with people? 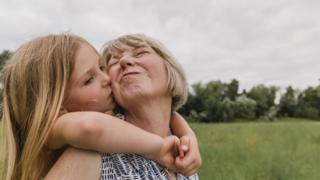 Again, the rules surrounding meeting up with people either indoors or outdoors are different depending on which nation you live in.

For all the nations, the governments have stressed that people must stay at home as much as they can and should only go out if they have a reasonable excuse to do so.

ENGLAND: In England, you’re not allowed to meet with people socially unless they’re part of your household or support bubble.

NORTHERN IRELAND: The rules are quite different in Northern Ireland. Previously, up to 15 people could meet outdoors and up to six people from no more than two households could meet outdoors in a private garden, as long was social distancing is maintained. Children aged 12 and under weren’t counted in this total.

However, government ministers have now agreed that outdoor gatherings will be reduced from 15 people to six from no more than two households and this will now include children under 12. People will no longer be allowed to meet with other households in private gardens too.

Households in Northern Ireland aren’t allowed to mix indoors unless they’re part of the same bubble.

SCOTLAND: The rules in Scotland state that up to two people from two separate households can meet outdoors for social interaction, but only members of the same support bubble can meet together indoors. Similar to the rules around exercise, these measures don’t apply to children under 12. Children aged 11 and under don’t count towards the total number of people permitted to gather indoors and they aren’t required to social distance indoors either.

WALES: In Wales, you can only meet up either indoors or outdoors with people who are part of your support bubble.

Can I still go to the doctor during lockdown? 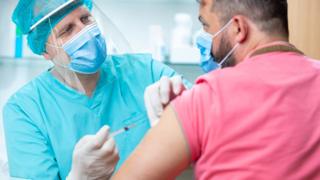 In each of the four nations, people are allowed to leave home to go to the doctors, hospital, or to use other healthcare services if necessary.