Charles claims the crown – as owner of Britain’s oldest fridge

Charles claims the crown – as owner of Britain’s oldest fridge

Charles claims the crown – as owner of Britain’s oldest fridge: Frigidaire bought by Queen Mother in 1954 is still keeping things cool at Castle of Mey in Scotland

By Emily Andrews And Anna Mikhailova For The Mail On Sunday

Even by the standards of the Royal Family it has been a loyal servant, supporting first the Queen Mother and then Prince Charles for 67 years.

Indeed, the Frigidaire fridge, still going strong at the Castle of Mey in Scotland, may be the oldest in the realm.

After The Mail on Sunday reported how Edmund Garrod’s fridge has served him faithfully for 56 years, readers inundated us with stories of long-lasting appliances.

Mr Garrod, of High Wycombe, Buckinghamshire, was thought to be the owner of Britain’s oldest fridge – a 1954 General Electric Company DE30 – but it appears that the Royal model is a few months older. 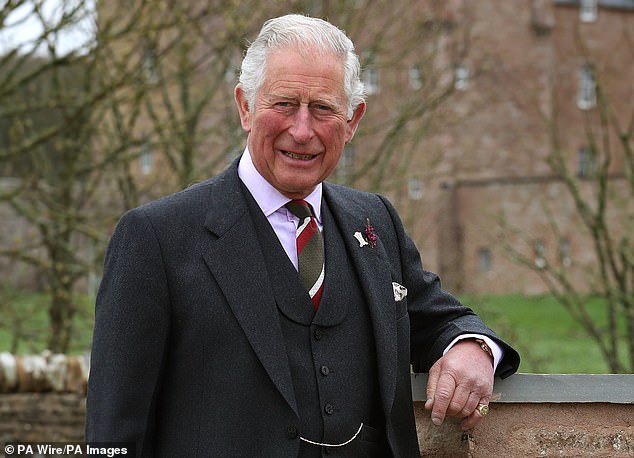 Prince Charles, known as the Duke of Rothesay while in Scotland, pictured during a visit to the Castle of Mey in Caithness, where he officially opened the Granary Accommodation 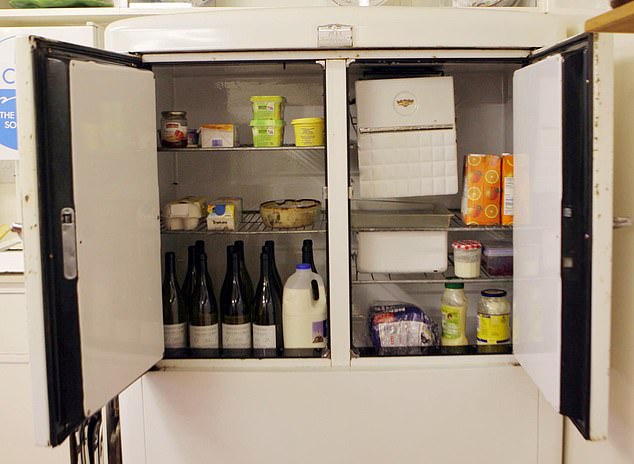 Loyal: Prince Charles’s Frigidaire at the Castle of Mey. It is believed the Queen Mother personally selected the fridge and approved its purchase from a supplier in nearby Wick

The 5ft 8in tall Frigidaire has been in service at the castle in Caithness for nearly all of the Queen’s reign – it was made the year after her 1953 Coronation – and it is even a feature of interest for tours.

The fridge was bought by the late Queen Mother in 1954, two years after she purchased the Castle of Mey. It is put to most use when her grandson Prince Charles visits every August.

The only known blip in its service was when modern technology was introduced at the castle. Underfloor heating installed in 2000 appeared to upset its temperature control. It was then put on blocks and has worked perfectly since.

Shirley Farquhar, the castle’s managing director, said the fridge was an ‘essential part of the kitchen. It was certainly built to last’.

It is believed the Queen Mother personally selected the fridge and approved its purchase from a supplier in nearby Wick, despite her reputation for frugality.

The Queen Mother, who died in 2002 at the age of 101, rented a TV set and video recorder for her annual stay at the remote castle, which was the only home she ever owned. 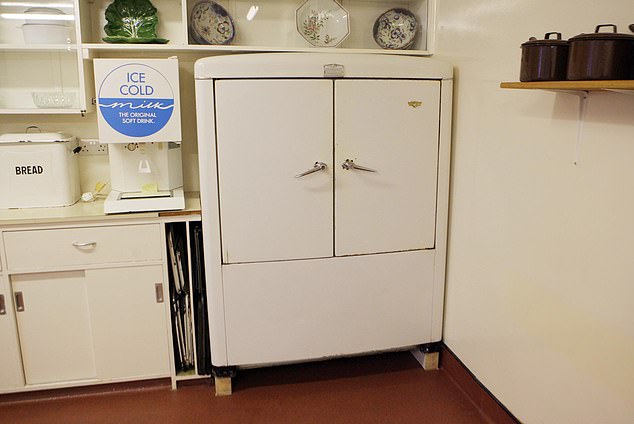 The fridge at the Castle of Mey which was bought in 1954 and is still working today. It is put to most use when the Queen Mother’s grandson, Prince Charles, visits every August

She first saw what was then Barrogill Castle in 1952 while mourning the death of her husband, King George VI. Falling for its ruined, isolated charm, and hearing it was to be abandoned, she declared: ‘Never! It’s part of Scotland’s heritage. I’ll save it.’

The Mail on Sunday revealed last month how fridges, washing machines and TVs will in future have to be guaranteed to last longer amid concern over environmental damage.

Plans include a legal requirement to stock spare parts for seven years after devices are sold, labelling to set out an appliance’s expected lifespan, and a new Union Flag kitemark to uphold a ‘world-beating standard’.

Meanwhile, Mail on Sunday readers continue to send it stories of their hero appliances. Retired hairdresser Allan Newing has a Vesta hairdryer in its original packaging from the 1930s.

Mr Newing, who ran a chain of salons in Kent and had finalists in the Royal Albert Hall’s annual hairdresser competitions, said it was ‘still as new’.