“I think the investment community can really get behind the potential of building a global women’s brand that has an impact on the way we connect and how we treat each other, both on and offline.”

Those are the words of Whitney Wolfe Herd, the newest billionaire on Wall Street and now the youngest female CEO ever to take a firm to a public flotation in the U.S.

She set up Bumble after leaving rival app Tinder, sensing a gap in the market for a more female-friendly dating platform. Shares in Bumble have rocketed on their Nasdaq debut, underlying again the investor frenzy around the apparently pandemic-proof tech sector.

There is more cautious optimism on the UK’s recovery from the impact of COVID-19. Despite a record fall in GDP last year, one of the country’s most senior economists, the Bank of England’s Andy Haldane, says a post-pandemic bounce is “poised like a coiled spring,” once lockdown Britons get out and start shopping again.

Shareholder activists on the Reddit platform, betting that commercial cannabis firms will become the new GameStop or AMC, have seen their hopes fizzle out and waft away. Analysts warn the industry is still too small and too legally dubious for a major investment offensive, wherever it comes from.

And finally ,the tiny Arctic Svalbard islands find themselves at the center of a bitter dispute between Norway, the UK and the European Union over the future of fishing in the North Atlantic. Find out which nations have been breaking the advised scientific limits on fishing and by how much in our chart below.

Read on for more of the day’s business news.

P.S. Did someone forward this to you? Sign up here

Shares in the dating app Bumble closed up 64 percent on their trading debut in New York, valuing the firm at $13 billion. The site, which allows women users to initiate contact with potential partners, has proved particularly popular in Europe.

In a sign of the white hot demand for tech stock on the U.S. markets, Bumble increased the number of shares it sold on flotation amid unprecedented interest, setting the price above its expected range, at $39. By the close of trade on the Nasdaq they had reached $70.31 each.

Bumble sold a majority stake in its business to private equity giant Blackstone in 2019, in a $3 billion deal. Bumble is free, but charges users for extra features to improve their profile, or to check their “like” status with potential partners.

The UK economy shrank by a record 9.9 percent last year, according to the Office for National Statistics (ONS), as COVID-19 lockdown conditions continued to drag on output. The contraction is twice as high as the previous largest annual fall on record. There was a slight increase in December, with growth of 1.2 percent, as the ease in lockdown conditions boosted the services sector. Economists are hopeful the UK may avoid its first double-dip recession since the 1970s.

Meanwhile, the Bank of England’s chief economist has predicted the UK economy could return to double-digit growth within a year as spending surges post lockdown. Andy Haldane forecasts British households will have built up “accidental savings” of at least $344 billion by the end of June, with the economy “poised like a coiled spring” as people remain “desperate to get their social lives back” after months at home.

The EU’s chief Brexit negotiator Michel Barnier has signaled that Brussels will not climb down from its demands of the UK over a deal for the post-Brexit financial services sector. Speaking just hours after Bank of England Governor Andrew Bailey claimed Brussels’ demands of the City of London were “excessive,” Barnier told a business summit the EU still needed further clarification before deciding on the form of the new regulatory regime.

Recent interest in Bitcoin from Mastercard and Uber have pushed the currency to a fresh high in Thursday’s trade. The virtual currency was trading up 7.4 percent to $48,635, just a shade under the $50,000 mark.

The Biden administration says it will take immediate action to boost the domestic production of semiconductor chips, as ongoing shortages force temporary closures at several U.S. car plants including Ford and General Motors. “Identifying potential chokepoints in the supply chain” is under way, according to a White House spokeswoman, with a view to “improving the physical production of those items, in the U.S. [and] with allies to develop a coordinated response.”

The new Democrat administration is also to review former president Trump’s proposed ban of Chinese messaging app WeChat. A court filing has requested a hold on legal proceedings, just a day after announcing a similar pause on a decision over the future of the video app TikTok. Court filings show the the commerce department plans to “conduct an evaluation of the underlying record justifying the prohibitions,” with an update planned in 60 days.

Foreign Direct Investment flows into China rose by 4.6 percent year-on-year, according to new data from the Ministry of Commerce. Foreign investment in the services industry was up 11 percent in January, amid renewed reforms aimed at opening up the Chinese market to greater participation.

France’s L’Oreal, the world’s largest cosmetics company, has seen sales jump on strong demand in China. Fourth-quarter revenues in China rose 27 percent on 2019, with sales hitting $9.5 billion overall for the three months from October to December, an increase of 4.8 percent, ahead of market expectations. Industry analysts have reported a rising demand for premium cosmetics and skincare products in lockdown.

Norway remains locked in disagreement with the EU over its plans to set fishing quotas in a protection area off the Arctic island of Svalbard. Norway insists it has exclusive powers to regulate fishing in the zone off Svalbard and allocate EU quotas.The development is the latest twist between Brussels, Norway and the UK over fishing rights in Northern Europe after Brexit. Norway claims its sovereign rights are being breached.

Jet2, the parent of the UK’s third largest airline, has raised a further $582 million to offset the effect of the COVID-19 pandemic on its business. Bosses confirmed the cash injection, sourced from existing investors, in a note to the London Stock Exchange early on Friday.

Kimbal Musk, the younger brother of Tesla boss Elon Musk has sold $25 million of shares in the electric car maker, according to details from the U.S. Securities & Exchange Commission. Shares in Tesla fell earlier this week but are up 14 percent so far this year. The transaction reduced Kimbal Musk’s holding in the firm to $483 million.

The Walt Disney Corporation has swung back into surprise profit largely on the success of its streaming business, with new features such as The Mandalorian and Soul attracting new users in lockdown. Despite a 53 percent decline in revenue at largely shuttered Disney parks, shares in the group rose 3.1 percent to $194 each. Disney Plus is now reaching an estimated 94.9 million subscribers globally.

Shares in cannabis producers have fallen by more than a third after the legal cultivation sector became the latest target of amateur investors on the Reddit platform. Canadian producer Tilray saw it stock close up 50 percent in price earlier this week, adding more than $2 billion to the firm’s value. Small investors have been buoyed by hopes that U.S. cannabis laws may be relaxed in the near future. But stock has since fallen back on mixed results from providers such as Aurora Cannabis, suggesting returns from the developing sector may be overestimated.

WATCH: A group of volunteers in Finland has created the country’s largest ever snow artwork, using only footprints and lengths of rope, tracing an intricate design measuring 160 meters across 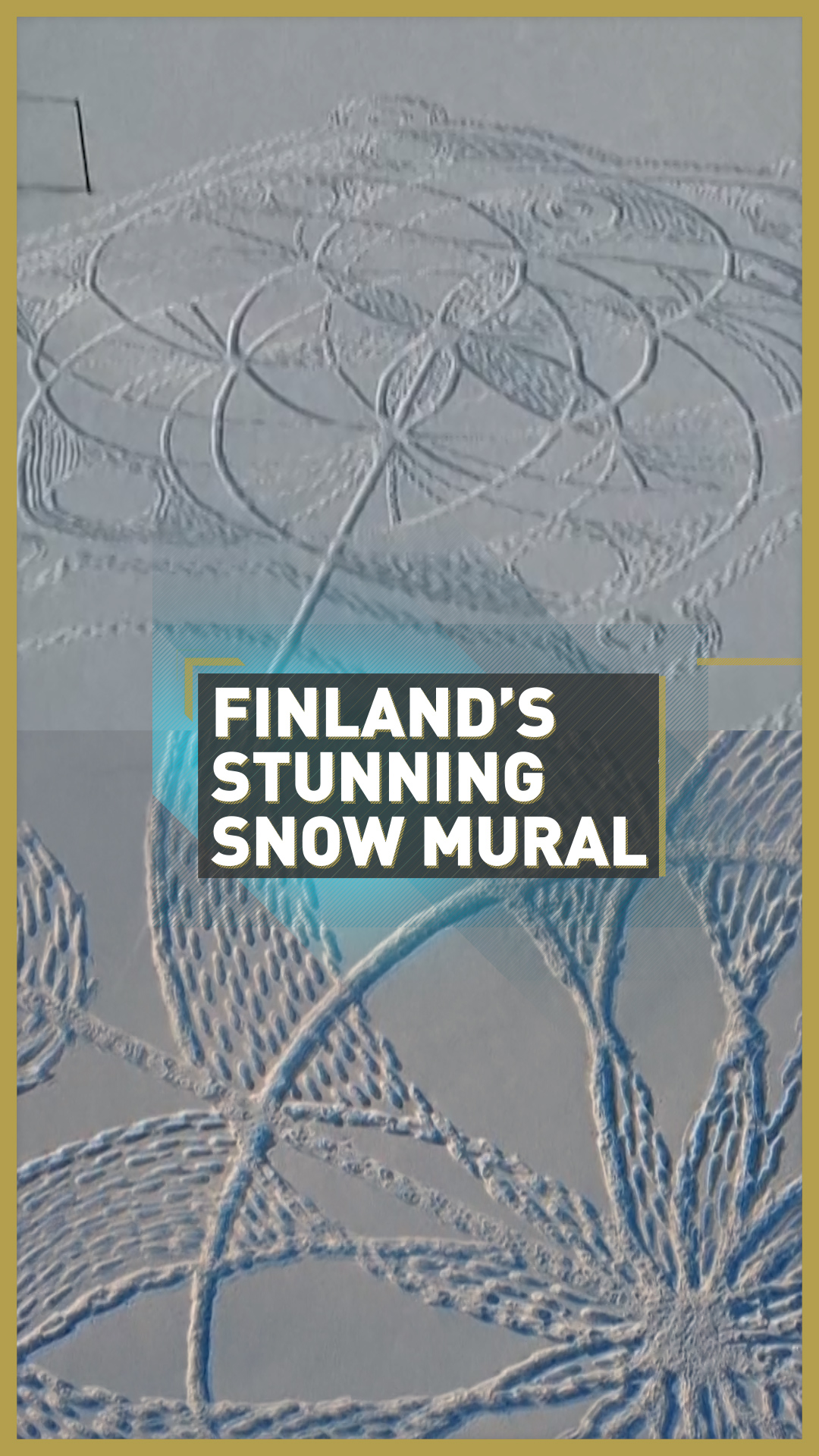 The International Energy Agency has warned that the world oil market remains fragile despite a recovery in prices, as COVID-19 keeps economic growth in check. OPEC producers and their allies are sticking to output limits, while oil major Shell has announced plans to revamp its business model, hitting net-zero carbon emissions by 2050. CGTN Europe spoke to David Elmes, an expert on global energy, about the changes ahead.

The significance [for Shell] is even more because they’re not just talking about the work that they do… it’s the emissions from the products they sell and, actually, also emissions from other people’s products they sell. So they’ve covered the whole scope of what they do. But, of course, the question is, how long, how fast and how much money is it going to take to make those changes?

How on Earth can an oil company go net-zero emissions?

Well, what they’re saying is, that over time, they will gradually reduce their reliance on producing oil and gas as the main part of their business – that they will shift more towards, first of all, from oil to gas, but then also shifting their activity towards the efficient use of energy and also increasingly the use of electricity rather than oil and gas. And the particular example there obviously is how fast we start using electric vehicles and what role does Shell play in supporting the electrification of cars and vehicles?

What are the wide risks in this strategy?

The risk is that they’re shifting to a bunch of different technologies and some big technologies like carbon capture and storage, like the use of hydrogen and increase in fuels from bio sources. And those are pretty big technology bets that are going to need a lot of investment.

And finally, the dispute between Norway and the EU over fishing in the contested waters off the island of Svalbard is showing no sign of letting up. Analysts and lobby groups say in the post-Brexit era, arguments between sovereign nations and EU lawyers over fishing quotas is likely to get worse. But in the run up to Brexit, which nations were the worst offenders for overfishing in the waters of Northern Europe? 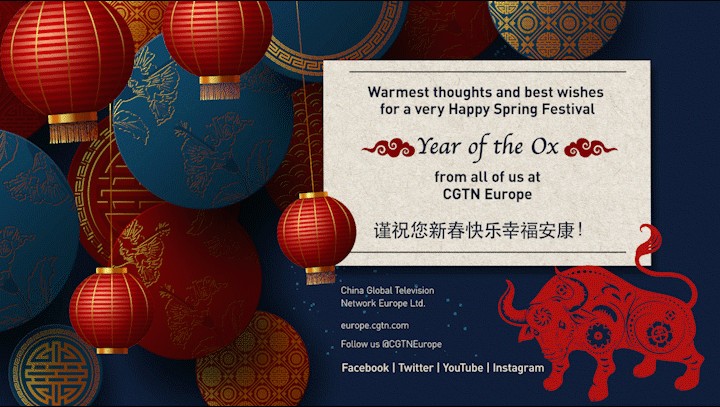 Princess Eugenie: The one royal baby item she can’t be without

Where will Biden worship in Washington?