British potato production up as growers win battle with the weather

British potato production up as growers win battle with the weather 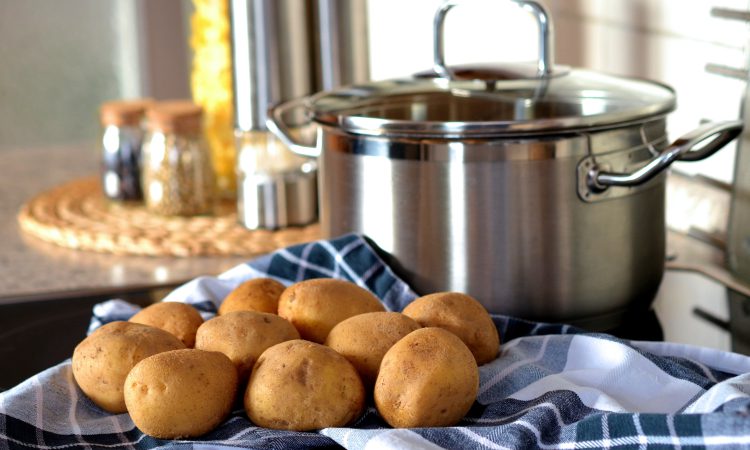 The total harvest of British potatoes this year will be 5.3 million tonnes according to provisional estimates – up 2.8% on last year’s figure but just below the five-year average of 5.4 million tonnes.

This estimate by the Agriculture and Horticulture Development Board (AHDB) has been released during a time when growers have battled an exceptionally wet harvest period for the second year running.

They have fared better than last year, as on November 10, it was estimated that 2% of the planted area was yet to be lifted.

This compares with 11% of the crop that was estimated to be unlifted on 12 November 2019.

This production figure follows an AHDB estimate that the planted area this year is the third lowest on record.

This overall net yield sits in line with the five-year national average [2015-2019]. Anecdotal reports suggest that yields have been somewhat variable from farm to farm, even field to field.

“Yet overall, crops are within farm expectations so it is not surprising that the national yield is in line with recent years.

This is based on both a slight increase in yields year-on-year and the fact that a large area was left unharvested last year.

The unlifted area in 2019 was estimated at 6%, whereas in 2018 less than 1% was estimated to be left in the ground and we would anticipate similar this year.

It was also noted that the estimate could be amended in the coming weeks, with 2.1 thousand hectares still to harvest in the East of England, and some members of the 450 strong AHDB Grower Panel still to return their survey information.

Meanwhile, Potatoes Strategy Director Rob Clayton announced that AHDB would be launching another promotional campaign in reaction to the market conditions caused by the coronavirus.

This follows on from a similar campaign in the summer that reached five million shoppers via catch-up TV, social media and display advertising.

“Since the pandemic hit we have increased the amount of data we analyse from supermarkets and other areas of the marketplace.

While potato sales at retail are up 8-9% overall – analysis from Kantar Worldpannel shows baking potatoes lagging behind at a rise of three per cent.

Jacket potatoes are a fantastic healthy and cost effective option for families, so we will be launching a winter campaign to inspire shoppers to take advantage of all the great things they can do with bakers,” said Clayton.

AHDB will release more details on the marketing campaign in the coming weeks.

Ohio is a hotbed for antigovernment extremists, the Southern Poverty Law Center says

When will schools reopen? Latest news on schools in England opening