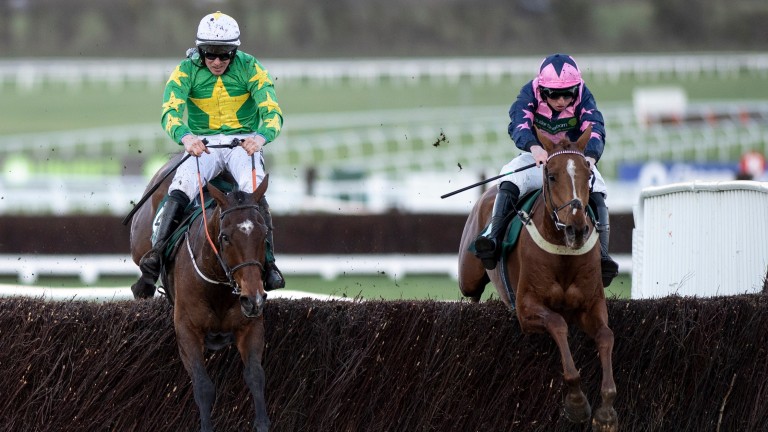 Amateur jockeys will not be permitted to ride at this season’s Cheltenham Festival due to the UK government’s restrictions on grassroots sport lasting until March 29.

Amateur riders are traditionally part of the fabric of the Cheltenham Festival with three races – the National Hunt Chase, Kim Muir Handicap Chase, and the St James’s Place Hunters’ Chase – reserved solely for them, and the leading amateurs also compete with professionals in the meeting’s other races.

However, amateur and grassroots sports have been suspended in Britain since lockdown began on January 4 and a resumption is earmarked for March 29.

As such, the decision is understood to have been taken by the BHA to not allow amateur jockeys to compete at Cheltenham, an elite sports event, this year.

It is unclear whether any suspension of amateur riders competing beyond March 29 will be in place, with contests such as the Foxhunter’s Chase at the Grand National meeting reserved for amateurs in normal circumstances.

Elements of the amateur season have already been greatly affected by the Covid-19 pandemic with point-to-points in Britain and Ireland halted as part of the ban on non-elite sports.

The UK Point-To-Point Authority confirmed on Tuesday meetings would return on March 29, provided the government lifts the restrictions having been satisfied with data on infection and vaccination rates.

In Ireland, a return date for point-to-points is still uncertain, with the lockdown in the country remaining until at least April 5, according to Taoiseach Micheal Martin.

Check out the Racing Post Cheltenham Festival microsite for the latest tips and odds for every race at the festival. The best Cheltenham betting advice and exclusive free betting offers all in one place.