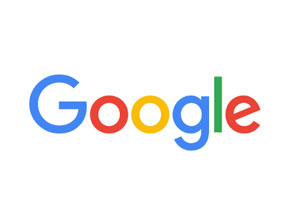 No news or research item is a personal recommendation to deal. All investments can fall as well as rise in value so you could get back less than you invest.

Alphabet reported full year revenues of $182.5bn, up 12.8% year-on-year and modestly ahead of market expectations. That reflects very strong revenue growth in the Cloud business, as well as good performances from Search and YouTube.

Operating profits rose 20.4% to $41.2bn, beating analyst forecasts by some margin. That was driven by growth in the core Google business and the non-recurrence of fines incurred in 2019.

View the latest share price and how to deal

Alphabet’s scale and dominant market share make it an internet staple. And when the ad taps turn back on, Google will be there waiting. Nearly half of US ad budgets were spent offline pre-Covid, and only 10% of shopping was digital. There’s likely to have been a lasting change in both over the last year – which can only be good news for Alphabet.

Over the years, core advertising profitability has given Alphabet the firepower to invest in various side-projects. Most notable is Google Cloud, where revenues are growing incredibly quickly, but which appears to have negative margins – actually losing money on every new sale. Other Bets that range from self-driving cars to life sciences barely generate any revenues let alone profit.

One of these moon-shoots could eventually be as world changing as Google itself, but that’s some way off. For now they demand significant investment and are the main reason capital expenditure is running at over $20bn a year.

Fortunately cash on hand stretches well past $100bn, and despite the extra investment requirements, Alphabet still generates huge quantities of free cash. Capital expenditure is not under threat and the group should weather the current storm with some comfort.

Our main concern where Alphabet is concerned doesn’t really have anything to do with the company itself. Alphabet has already racked up billions in fines, and its increasing dominance puts the group at the forefront of regulators minds. Regulators who have an increasing willingness to act.

The recently launched anti-trust lawsuit in the US focusses on anti-competitive practices in Search, and particularly Alphabet’s deal to put its search engine on Apple devices. Google has described the lawsuit as “deeply flawed”, but whatever the outcome, the reality is tech giants are going to face increasing scrutiny going forward.

Despite the regulatory threat we still think there’s more positives than negatives in Google. The group’s valuation is some way ahead of its long run average, but given the potential for rapid growth when the economic cycle turns that’s no surprise.


All ratios are sourced from Refinitiv. Please remember yields are variable and not a reliable indicator of future income. Keep in mind key figures shouldn’t be looked at on their own – it’s important to understand the big picture.

Register for updates on Alphabet

Google Services – which includes the core advertising, search and YouTube businesses – saw revenues rise 11.1% in the year to $168.6bn. Advertising revenues across all platforms rose 21.8% in the final quarter of the year, driven by 46% growth in YouTube ad revenues. Full Year operating profits in the division rose 11.4% to $54.6bn.

Google Cloud revenues rose 46.4% to $13.1bn. However, operating losses increased to $5.6bn from $4.6bn a year ago. Revenues in the Other Bets business, which includes various moon-shot programmes, were flat at $657m, while operating losses fell 7.2% to $4.5bn.

Full year free cash flow of $42.8bn was well ahead of $31.0bn reported in 2019, reflecting the substantial increase in profits and a modest decline in capital expenditure.

Find out more about Alphabet shares including how to invest


This article is original Hargreaves Lansdown content, published by Hargreaves Lansdown. Unless otherwise stated estimates, including prospective yields, are a consensus of analyst forecasts provided by Refinitiv. These estimates are not a reliable indicator of future performance. Yields are variable and not guaranteed. Investments rise and fall in value so investors could make a loss.

This article is not advice or a recommendation to buy, sell or hold any investment. No view is given on the present or future value or price of any investment, and investors should form their own view on any proposed investment. This article has not been prepared in accordance with legal requirements designed to promote the independence of investment research and is considered a marketing communication. Non-independent research is not subject to FCA rules prohibiting dealing ahead of research, however HL has put controls in place (including dealing restrictions, physical and information barriers) to manage potential conflicts of interest presented by such dealing. Please see our full non-independent research for more information.

The information on this website is not intended to be advice or a recommendation to buy, sell or hold any investment mentioned. No view is given as to the present or future value or price of any investment, and investors should form their own view in relation to any proposed investment.

Any information which could be construed as “investment research“ has not been prepared in accordance with legal requirements designed to promote the independence of investment research and as such is considered to be a marketing communication.

The research material provided on our website is not an offer to buy or sell any of the stocks mentioned. Hargreaves Lansdown accepts no responsibility for any use made of these comments and for any consequences that may result. We cannot guarantee the accuracy or completeness of the information provided and consideration has not been given to the personal circumstances of any investor. Therefore any person acting on it does so entirely at their own risk and must assess the suitability of any investment for their own personal circumstances and individual investment objectives. It is not a personal recommendation.

Although we are not specifically constrained from dealing ahead of any research material we do not seek to take advantage of it before it is provided to our clients. We aim to establish and maintain and operate effective organisational and administrative arrangements with a view to taking all reasonable steps to prevent conflicts of interest from constituting or giving rise to a material risk of damage to the interests of our clients (including restrictions on dealing for writers of equity commentary).

Hargreaves Lansdown Fund Managers Ltd (HLFM) manages funds that may hold investments which are the subject of commentary prepared and published by other parts of the Hargreaves Lansdown group. Accordingly, appropriate organisational and administrative controls (including physical and information barriers, known as “Chinese Walls“) are in place between different parts of our business, including our marketing and fund management functions, in order to manage these potential conflicts of interest. For more information please see our Conflicts of Interest policy. HLFM currently manages three funds which hold individual equity securities. Details of the significant shareholdings held by these funds can be found here for the HL Select UK Growth Shares fund, here for the HL Select UK Income Shares fund and here for the HL Select Global Growth Shares fund. Hargreaves Lansdown (Nominees) Limited holds individual securities as nominee on behalf of underlying clients of Hargreaves Lansdown, and does not exercise control over or hold the beneficial ownership of these securities.