UK-based private equity group Primary Capital has purchased a minority stake in bicycle retail giant Sigma Sports. The company is expected to use the new backing to fund an expansion drive.

Sigma Sports sells a wide range of sports related products focusing on road bikes, triathlon products, running gear and sports nutrition. Founded in southwest London, by Ian Whittingham and Jason Turner in 1991, the firm started life as a small mail-order business operating from a spare bedroom, before moving to a first cycle store in Hinchley Wood, Surrey in 1992. The company has grown into one of the largest bicycle retailers – online and offline – in the UK since.

Such has been the Sigma Sports’ growth trajectory in recent years the firm has featured in the Sunday Times International Track 200 list of the fastest growing companies in the UK. Meanwhile, as of 2019, the latest year for which figures are available, it recorded a turnover of almost £34 million. 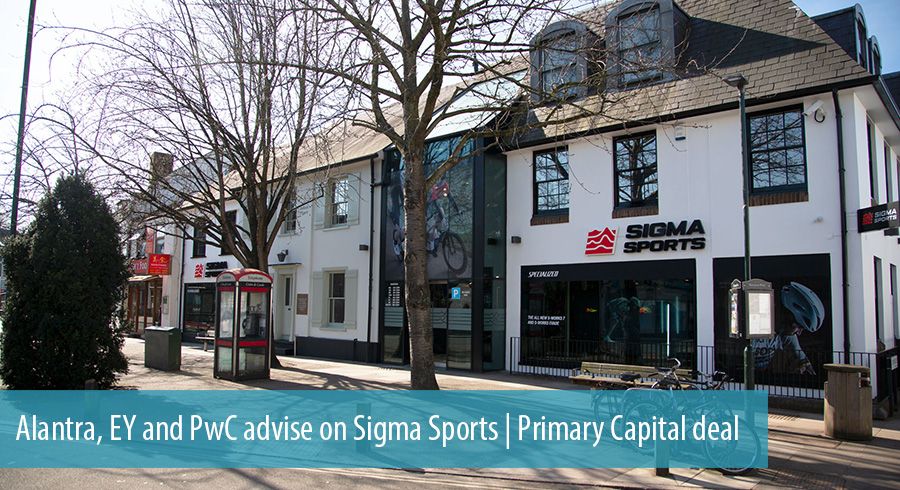 Primary Capital is a provider of private equity finance for UK-based growth companies valued between £20 million and £100 million. The move is the latest in a string of bike industry equity deals, as sees the investment group buy into a business which has built a particularly strong online retail presence, but is also looked upon as having one of the country’s best showrooms. It is understood that Sigma will use the new funding to fuel its continued growth.

Supported by David Richard, the deal team from Primary was led by Partner Graham Heddle, who commented, “We are excited to be backing another leading UK business in an exciting and high-growth market, with an exceptional management team.”

Andy Currie, Managing Partner, Alantra, said, “Sigma Sports has established itself as a leading player in the cycling industry and is the go-to retailer for premium brands. The company prides itself on the quality of its products, the content it produces and creating a community for customers. The company has recently experienced rapid growth, and with Primary’s support, we look forward to seeing Sigma Sports continue this growth story.”

Debt funding was provided by HSBC, and Alantra’s Robert Young added, “Delighted to have advised the shareholders and management of Sigma Sports, the UK’s leading premium retailer of cycling equipment, on the sale of a minority stake to Primary Capital with debt funding from HSBC. Sigma has consistently delivered exceptional growth as a result of passionate staff… who pride themselves on providing first class products with exceptional customer service.”

At the same time, a host of other consultants played a role in the deal. Dentons acted as the legal adviser to Sigma Sports management and Cooley acted as the legal adviser to Primary, while PwC provided commercial due diligence and EY financial due diligence in connection with the minority acquisition. EY’s team included Director Ben Collins, Matthew Vernon, Robert Noone, Michael Simpson, Tom Coady, Pav Khera and Christopher Marjoram.

Commenting on the news, Collins noted via LinkedIn, “Really proud to have supported Sigma Sports as they have successfully secured investment from Primary Capital. Another completed deal in what continues to be an active M&A market. Congrats to Ian Whittingham and the team at Sigma and great to work with everyone at Alantra again…”

Coronavirus: Eighteen Altnagelvin staff off work due to Covid outbreak